FBI investigators probing the death of Jeffrey Epstein are looking into whether a "criminal enterprise" may have played a role, the Bureau of Prisons’ director revealed Tuesday during testimony in front of the Senate Judiciary Committee.

Kathleen Hawk Sawyer, who described the death as a "black eye on the entire Bureau of Prisons," made the admission when questioned by Sen. Lindsey Graham.

“With a case this high profile, there has got to be either a major malfunction of the system or criminal enterprise at foot to allow this to happen. So are you looking at both? Is the FBI looking at both?” the South Carolina Republican asked.

“The FBI is involved and they are looking at criminal enterprise, yes,” Sawyer responded. 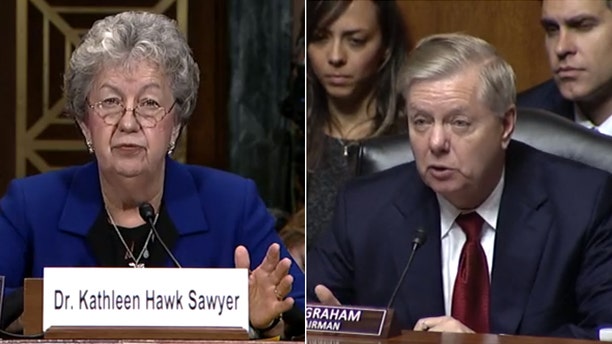 Kathleen Hawk Sawyer, the director of the Federal Bureau of Prisons, was grilled by Sen. Lindsey Graham, R-S.C., and others Tuesday during a hearing on Capitol Hill. (Senate.gov)

New York City’s medical examiner ruled that the convicted sex offender took his own life inside his Manhattan federal prison cell on Aug. 10.

The hearing began a couple of hours before it was announced two prison guards on duty during the night Epstein killed himself were charged with falsifying records and conspiring to make false records.

When Graham asked Sawyer how a death like Epstein's could have happened, she said "the whole situation is still under the investigation of the FBI and the Inspector General’s Office and I’m really not at liberty to discuss specifics of this case.

"I can discuss issues around institutional operations, but I can’t specifically talk about that particular issue," she noted. 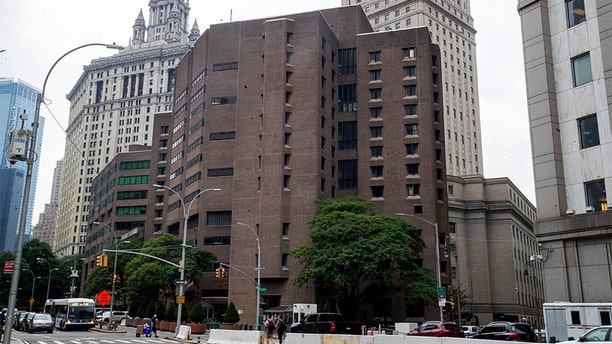 The Metropolitan Correctional Center in New York, where Epstein is said to have committed suicide on Aug. 10.

Sawyer then explained how Epstein was on suicide watch prior to his death and how the Bureau of Prisons has "different tiers of response if we identify an inmate who appears to have suicidal thinking."

“They move into psychological observation," she later said. "Psychologists see them routinely, interview them repeatedly and once it’s determined that the threat of suicide seems to have passed, then that inmate can be returned back to open population.”

“Well, clearly it didn’t work here so we await the report because all the victims of Mr. Epstein have to have their heart ripped out as they will never see justice," he said.

Later in the hearing, Sen. Ted Cruz, R-Texas, lamented how Epstein died "before he had a chance to testify about his crimes, about his wrongdoings and about the other powerful men who were complicit in that sexual abuse.

"That was a moment that shocked this country," he told Sawyer. "There were powerful men who wanted Jeffrey Epstein silenced.

"As I see it there are two -- and only two -- possibilities for what happened with Jeffrey Epstein," Cruz continued.

"No. 1, there was gross negligence and a total failure of BOP to do its job with a prisoner on suicide watch that led to Epstein committing suicide," he said. "Or No. 2, something far worse happened, that it was not suicide but rather a homicide carried out by a person or persons who wanted Epstein silenced. Either one of those is completely unacceptable. Both of those are profound indictments of BOP and our federal incarceration system.”

“Let’s take the more damning of the scenarios. Based on the evidence of which you are aware, is there any indication that Jeffrey Epstein’s death was a homicide?” Cruz asked her.

“Based upon the evidence that I am aware, no, but as I’ve already told the committee, it is still being investigated by the FBI and the Inspector General’s Office," she responded.

Sawyer, when asked by Cruz about the two guards that were indicted today, also said, "we don’t want people like that working in the Bureau of Prisons.

"They do not represent the vast majority of the 35,000 employees across the Bureau of Prisons. Most of our staff are very high quality, good people doing the right thing. And you are right, this incident was a black eye on the entire Bureau of Prisons," she said.

"We have some bad staff," she added. "We want rid of those bad staff who don’t do their job. We want them gone, one way or another, either by prosecution or by termination."