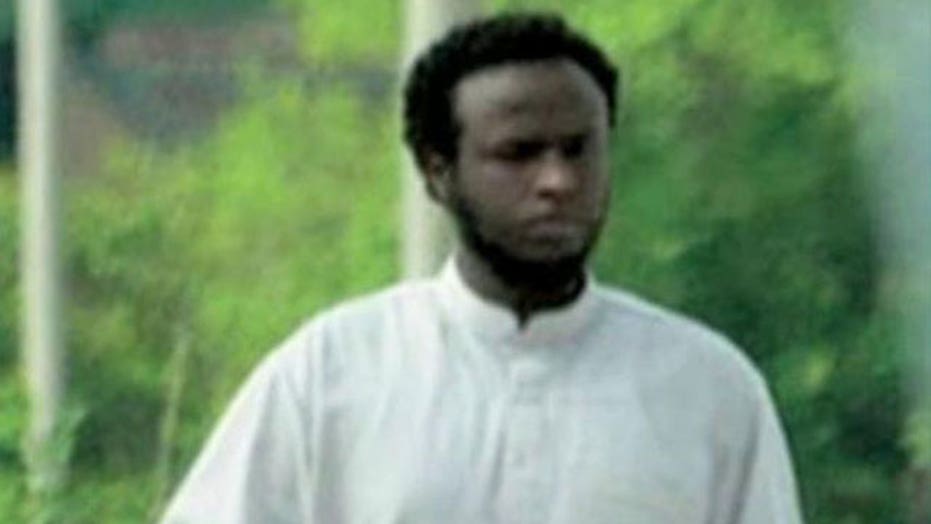 ALEXANDRIA, Va. – The FBI on Thursday added a former taxi driver from northern Virginia to its list of most-wanted terrorists, saying he was a recruiter for the al-Shabab terror group in Somalia.

He is the older brother of Gulet Mohamed, who for the past four years has been challenging his placement on the government's no-fly list, the attorney representing the younger Mohamed, Gadeir Abbas, told The Associated Press on Thursday. A hearing on Gulet Mohamed's case is scheduled in federal court in Alexandria on Friday.

Abbas said Liban Mohamed aggressively advocated on his younger brother's behalf when Gulet Mohamed was detained in Kuwait several years ago and barred from returning to the U.S., and that the FBI began to harass him as a result. He said his family suspects he went into hiding to avoid the harassment.

"Al-Shabab has killed Liban's uncle and imprisoned his cousins," Abbas said. "His family believes the allegations have no basis in fact."

The FBI did not immediately respond to an email seeking comment on Abbas' allegations late Thursday.

Liban Mohamed is charged with providing material support to Al Qaeda and al-Shabab. Additional court records detailing the charges against him in federal court remained under seal Thursday.

He is now one of 31 people on the FBI's list of most wanted terrorists.

The FBI believes Liban Mohamed left the U.S. in July 2012 for east Africa. He lived in the Alexandria area of Fairfax County prior to that, working as a taxi driver. The FBI says he is a key target because his knowledge of the nation's capital could help al-Shabab plot an attack here.

"It is important for us to locate Mohamed because he has knowledge of the Washington, D.C., area's infrastructure such as shopping areas, Metro, airports, and government buildings," said Carl Ghattas, special agent in charge of the Counterterrorism Division at the FBI's Washington Field Office. "This makes him an asset to his terrorist associates who might plot attacks on U.S. soil."

The FBI is offering a $50,000 reward for information leading to Liban Mohamed's arrest and conviction.

Abbas said the timing of the FBI's announcement is an attempt to influence a judge to toss out a lawsuit that Gulet Mohamed filed against the government challenging his placement on the no-fly list. The government is seeking to have the case tossed out, in part because it says it would be forced to divulge state secrets if forced to defend the lawsuit.

"We would question the timing of the FBI's placement of Liban on the most-wanted list on the day before a major hearing on the government's authority to maintain the no-fly list," Abbas said in a telephone interview.

Gulet Mohamed, an Alexandria resident and also naturalized U.S. citizen, was 19 when he was detained by Kuwaiti authorities in 2011. He has said that he was beaten and interrogated at the behest of the U.S. and denied the right to fly home. U.S. authorities allowed Mohamed to fly home after he filed a federal lawsuit, but Mohamed says he remains on the list without justification.

Abbas said Liban Mohamed aggressively advocated on his brother's behalf to get him home, and in return the FBI subjected him to harassment.

"He was constantly being approached by people of dubious backgrounds that bore the hallmark of FBI informants," Abbas said. "The family believes Liban may have sought to escape that scrutiny."

Abbas said that in 2012, the Mohamed family lost contact with Liban Mohamed and asked the lawyer to see if the FBI knew of his whereabouts.

The U.S. has long refused to even confirm whether Gulet Mohamed is on the no-fly list. Gulet Mohamed said he went to Somalia and Yemen briefly in 2009 to stay with family and learn Arabic, and investigators questioned him about his travels.

The FBI, in announcing Liban Mohamed's placement on the most-wanted list, described him as a "close associate" of Zachary Chesser, a northern Virginia man who in 2011 was sentenced to 25 years in prison for trying to join al-Shabab and for making online threats against the creators of the "South Park" cartoon for an episode perceived as an insult to the prophet Muhammad.