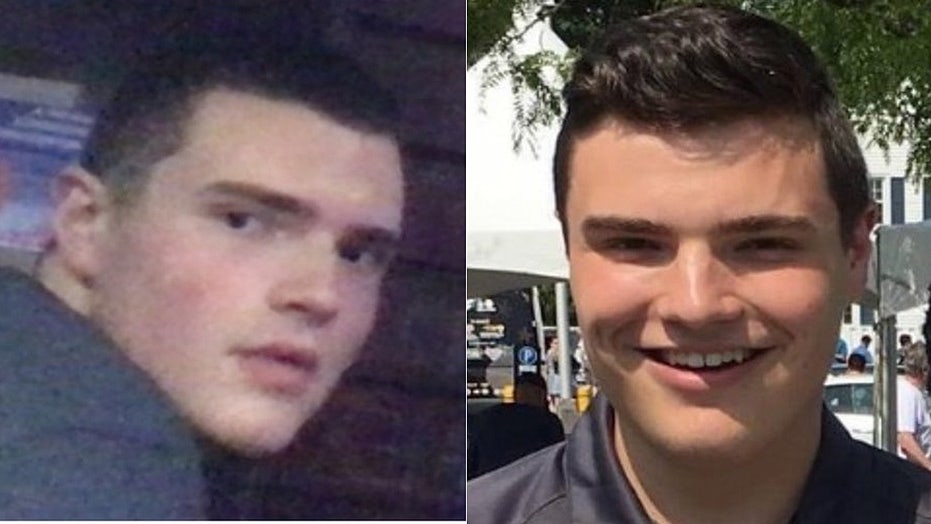 The FBI has joined the massive manhunt, which is now spanning three states, for a University of Connecticut student believed to be armed with several stolen guns whom police say is connected to two homicides, a kidnapping and a home invasion.

Peter Manfredonia, 23, last seen in Stroudsburg, Pa., is considered armed and dangerous and should not be approached if spotted, authorities said. Police describe him as a 6 feet, 3 inches tall white man.

His second stolen getaway car – a 2016 Black Volkswagen Jetta – was located by New Jersey State Police at a rest stop near the Pennsylvania border on Sunday.

His kidnapping victim, the girlfriend of 23-year-old Nicholas Eisele, whom Manfredonia allegedly shot to death at his home on Roosevelt Drive in Derby, Conn., was also found with the vehicle.

Police said Eisele and Manfredonia appear to have been acquaintances.

The woman, whom authorities have not identified by name, did not appear to be harmed when troopers found her with the vehicle on Interstate 80 in Knowlton Township, Warren County.

Manfredonia, a college senior majoring in finance and mechanical engineering, kicked off his crime spree Friday. He is suspected of killing 62-year-old Ted DeMers, an artist and Marine veteran, and assaulting another man in Willington, Conn.

DeMers’ wife, Cynthia DeMers, told the Hartford Courant that the two men had been attacked after they found Manfredonia walking along a road and offered him a ride back to his motorcycle.

The suspect is believed to be armed with pistols and long guns in the area of Osbornedale State Park, Derby. Do NOT approach, call 9-1-1 immediately if you see the individual. (Un-dated mugshot provided by Connecticut State Police)

By Sunday morning, Connecticut Trooper Christine Jeltema said police responded to a home invasion in Willington, Conn. A man reported he had been held against his will by Manfredonia, who then left with food, a handgun, several long guns and the man's truck, which was found abandoned at 6:45 a.m. near Osbornedale State Park in New Haven County, Conn.

“The truck found near Osbourndale State Park was believed to be operated by Manfredonia and taken in connection with the Willington crimes.  Evidence suggests that the truck became lodged on an elevated embankment at which time he abandoned it,” the Derby Police Department said in a Facebook update on Monday.

Investigators went to the Derby home of an Manfredonia acquaintance and found the man dead. He was identified Sunday afternoon as 23-year-old Nicholas Eisele. Manfredonia allegedly kidnapped Eisele’s girlfriend, stealing the couple's vehicle to make his escape.

Local surveillance showed Manfredonia walking directly toward the Roosevelt Drive homicide scene in the early Sunday morning hours between 5:00 a.m. and 6:00 a.m., according to authorities. The Roosevelt Drive location is approximately 1 mile from where his first getaway truck was found abandoned in New Haven County.

Manfredonia is a 2015 graduate of Newtown High School. He is a senior at the University of Connecticut, but has not lived on the campus in Storrs, Conn., at the time of the crimes or during recent semesters, UConn spokesperson Stephanie Reitz told WVIT.