But nearly seven years since Tice was kidnapped, his mother says “one of the hardest nails to hit” is keeping his case in the headlines – and on the radar of top government officials.

“We just can’t seem to find the right size hammer,” Debra Tice said, alongside her husband, in a recent phone interview with Fox News. “We keep reaching out to all the media outlets and saying, ‘Hey, this is your colleague and you should ask about him every chance you get.’”

Tice, a 37-year-old Marine, was working as a freelance journalist in August 2012 while covering Syria’s civil war. A video released a month later showed him blindfolded and held by armed men saying “Oh, Jesus.” He has not been heard from since. However, the U.S. government's assessment is that he is still alive, and his family continues to hold out hope.

“The United States government has assured us that Austin is still alive and assured the public most recently in a statement in April that Austin is alive and that this is a viable mission,” Debra Tice said. “So it’s not just a mom and dad and wishful thinking. It’s verifiable information.”

The Tices have spoken with President Trump, Secretary of State Mike Pompeo and other administration officials. “Clearly they have a heart for bringing Americans home,” Marc Tice said, in reference to Trump's efforts to secure the release of American hostages overseas.

The circumstances surrounding his disappearance remain a mystery. It’s not clear what entity may be holding him, and no ransom demand has ever been made. The FBI has offered $1 million for information leading to his return.

“The assessment is that Austin Tice remains alive and in custody,” a State Department spokesperson told Fox News this week, noting that Tice went missing in what they believe was a “Syrian government-controlled area” near Damascus.

“Due to the complexities of the case, we are pursuing multiple lines of effort to secure his release, including diplomatic engagement with multiple nations, international organizations, and private individuals,” the spokesperson said.

The Tices said they don’t believe the opposition in Syria or a terrorist group is holding their son. While they declined to specifically say who they think is holding him, Marc Tice said, “because Austin is in Syria, the Syrian government is best placed to help facilitate his release and safe return.”

Marc Tice suggested journalists end interviews with politicians and government officials with a question on Tice. “You might be talking to them about an agriculture bill or something, but it’d be great if the last thing you said was ‘how’s it going to get Austin Tice home?’” he said.

The Tices expressed appreciation for the Newseum along Pennsylvania Avenue in Washington, D.C., hanging a banner featuring their son, McClatchy flying “Free Austin Tice” flags and speakers bringing up the case at the White House Correspondents Dinner. 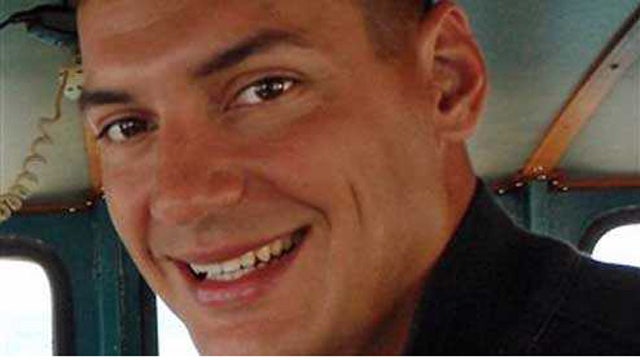 Still, the Tices don’t just want reporters pressing officials on the case: Tice’s mom would also like to see more from the Marines he served with.

“Austin is an esteemed, decorated Marine Corps captain,” she said. “How do you think his mom feels that his Marine Corps colleagues don’t clamor for his release, right? It is very difficult in 2019 to grab someone’s attention and hold it.”

Fox News’ Henry Erlandson and The Associated Press contributed to this report.