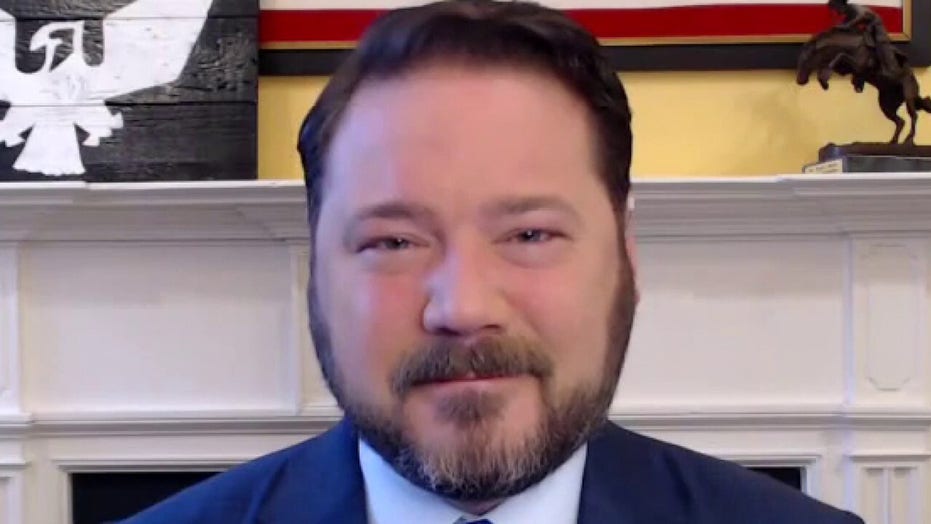 Ben Domenech, publisher of The Federalist, joins 'Fox &amp; Friends' with his take on censorship against conservatives.

Holocaust survivors launched a campaign Wednesday to implore Facebook to classify posts that deny the genocide of 6 million European Jews carried out by Nazis during World War II as hate speech and to remove them from the social media platform.

The campaign began the same day Facebook founder and CEO Mark Zuckerberg – along with CEOs for Amazon, Google and Apple – testified before Congress in a historic hearing over anti-trust concerns.

The #NoDenyingIt campaign was coordinated by the New York-based Conference on Jewish Material Claims Against Germany (Claims Conference) and uses Facebook to send survivors’ entreaties to Zuckerberg. Beginning Wednesday, one video will be posted per day urging Zuckerberg to remove Holocaust-denying groups, pages and posts.

“In Germany or in Austria, people go to prison if they deny the Holocaust because they know it’s a lie, it’s libel,” said Schloss, a 91-year-old Auschwitz survivor now living in London.

In this April 10, 2018 photo, Facebook CEO Mark Zuckerberg arrives to testify before a joint hearing of the Commerce and Judiciary Committees on Capitol Hill in Washington. (AP Photo/Andrew Harnik)

“How can somebody really doubt it? Where are the 6 million people? There are tens of thousands of photos taken by the Nazis themselves. They were proud of what they were doing. They don’t deny it, they know they did it,” she told the Associated Press.

Schloss’ family escaped before the war from Vienna to the Netherlands, where she became friends with Anne Frank, who lived nearby in Amsterdam and was the same age. After the German army overran the country, the Schloss and Frank families went into hiding but were discovered by the Nazis separately in 1944, the Schloss family betrayed by a Dutch woman.

Schloss and her mother survived Auschwitz, but her father and brother were killed, while Otto Frank, Anne’s father, was the only survivor of his immediate family and married Schloss’ mother after the war. Otto Frank published his daughter’s now-famous diary, and Schloss has written her own story and would like to tell Zuckerberg of her own experience.

Facebook told the AP that the social media platform takes “down any post that celebrates, defends or attempts to justify the Holocaust.”

“The same goes for any content that mocks Holocaust victims, accuses victims of lying about the atrocities, spews hate, or advocates for violence against Jewish people in any way. Posts and articles that deny the Holocaust often violate one or more of these standards and are removed from Facebook," the statement read.

This photo taken on Tuesday, July 28, 2020 from an undated video shows former President of Central Council of Jews in Germany Charlotte Knobloch recording a message for Facebook's Mark Zuckerberg. Knobloch is a Holocaust survivor who today lives in Munich. (Jewish Claims Conference via AP)

Holocaust survivors also seek to sit down with Zuckerberg personally to explain the impact of posts that deny the historic event.

Zuckerberg has said he believed some were not “intentionally” getting it wrong, and that as long as posts were not calling for harm or violence, even offensive content should be protected. Zuckerberg later clarified that while he personally found “Holocaust denial deeply offensive” he believed that “the best way to fight offensive bad speech is with good speech.”

His remarks drew criticism from the Claims Conference – a group which negotiates compensation payments from Germany for Holocaust victims – which decided earlier this month to launch the campaign after a two-year audit of Facebook’s civil rights record found “serious setbacks” that have marred the social network’s progress on matters such as hate speech, misinformation and bias.

On July 1, more than 500 companies began an advertising boycott to pressure Facebook into taking a stronger stand against hate speech.