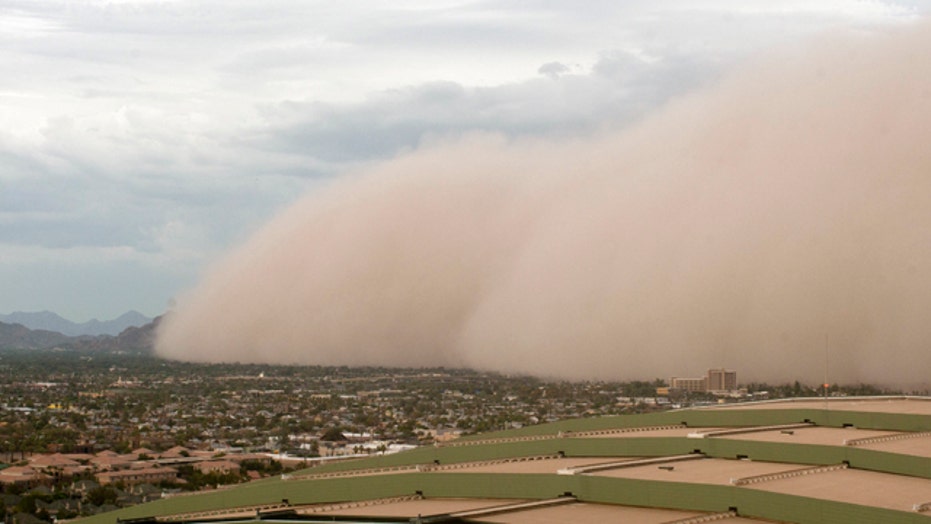 Adverse weather conditions in the Phoenix area may have played a role in a multi-vehicle accident on a major highway earlier this week.

Thirteen people suffered non-life-threatening injuries in the crash that happened in the eastbound lanes of Interstate 10 near Eloy – a city around 65 miles southeast of Phoenix – on Wednesday. Five were transported to a local hospital.

At the time of the wreck, there were dusty conditions, gusting winds and brush fires burning through parts of the area.

Zero-visibility dust storm conditions also hindered the efforts of first responders and the Eloy Fire District crews to assist those involved, according to AZFamily.

The lanes, which were closed due to the crash, have since been reopened, Arizona's Department of Transportation said.

The National Weather Service issued dust and wind advisories in multiple counties through the evening.

"Winds this strong can make driving difficult, especially for high-profile vehicles. In addition, strong winds over desert areas could result in briefly lowered visibilities to well under a mile at times in blowing dust or blowing sand. Use extra caution," a National Weather Service advisory said.

Pinal County was also under an air quality warning, according to Fox 10 Phoneix.

The Federal Aviation Administration said Phoenix Sky Harbor International Airport was forced to halt some flights for a period of less than 90 minutes.

In addition, excessive wind temporarily knocked out power for approximately 6,000 people, according to The Arizona Republic.

Much of the state was under a red flag warning amid possible fire conditions and low humidity, and The Republic noted that the high temperature in Phoenix registered over 85 degrees for the first time in 2021.

However, temperatures have cooled somewhat overnight and areas near Flagstaff saw rain and even some snow.

As a low-pressure system moves southeastward this week, fire danger will continue to be a threat over the Southern High Plains and wind advisories and high wind warnings are in place across the West Coast.