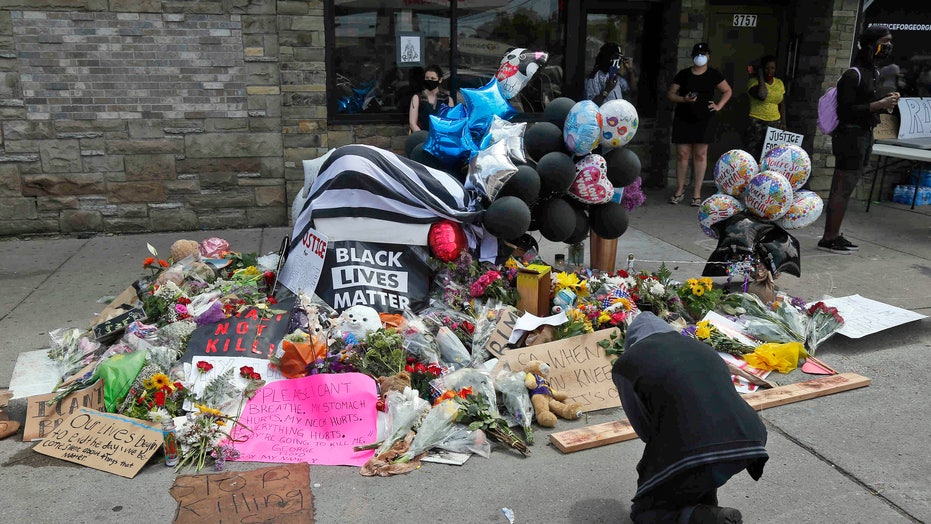 Alveda King: Our skin colors are supposed to help us appreciate each other, not oppress each other

Influential evangelical leaders and churches are supporting Black Lives Matter protesters amid racial unrest sparked by the death of George Floyd in police custody in Minneapolis.

Hillsong Church global senior pastor and founder, Brian Houston, issued a statement after one of the church's pastors in the United Kingdom was slammed online for a clip saying he didn't think his comments about something " in another country" would "help anyone."

"Hillsong Church is opposed to racism, and we believe black lives matter," Houston said in the statement.

"The needless and tragic death of George Floyd in Minneapolis, and the much deeper systemic issues towards African American people that his death has highlighted, must lead to radical and permanent change. Racism must stop, and my prayer is that this moment in history will be a moment of lasting equality, transformation and change," he said.

The Black Lives Matter movement began in response to deaths of African Americans involving police. The hashtag has become common on social media, used after the 2012 Trayvon Martin shooting and most recently with Floyd on May 25.

BLACK LIVES MATTER LEADER JUSTIFIES RIOTING IN INTERVIEW WITH TOMI LAHREN: 'RIOT IS THE LANGUAGE OF THE UNHEARD'

Carl Lentz, pastor of Hillsong NYC, marched with peaceful protesters in West Harlem, Saturday before meeting with Bishop T.D. Jakes of the Potter's House in Dallas, Texas, for a virtual discussion on race in America.

"This is not a new problem and it's not a result of the pandemic. It's the result of a spiritual pandemic and a cultural pandemic that has existed in America since the very foundations and we've never really dealt with it," Jakes told Lentz. "We don't talk about it. It's taboo to discuss it."

"Most Christians feel like unity must be achieved by silence, so if you bring up anything that's not palatable, you're called race-baiting ... we don't have to be color blind and God is not color blind ... we should be able to be loved in the skin you're in."

COLE SPROUSE SAYS HE WAS DETAINED WHILE PROTESTING: ‘THIS IS ABSOLUTELY NOT A NARRATIVE ABOUT ME’

Micaiah Young, pastor of Life Center Church in Milwaukee, preached a message of nonviolence as many protested racial inequality Sunday.

"We're crying out, saying we're not going to take it anymore, but we're peacefully using what we have to make an impact," he told Fox 6.

"Institutional racism is deeply ingrained in our society," the statement reads. "Dismantling it requires a long-term commitment to structural, social, and cultural change. It also requires repentance, recognizing that all people are created in the image and likeness of God and must be treated this way."

Lecrae, a Christian rapper, held up a sign at a Be The Bridge protest in Atlanta that read, "Justice is a right not a privilege!"

"The very words that guided Harriet Tubman, that fueled Frederick Douglass, and gave infinite wisdom to Dr. King, we have access to them," he said. "These Christian leaders were not inactive, but their action was informed by their faith."

Lecrae, when asked if the protests were helpful, responded, “Paul protested in Acts 16. Persecuted believers protest. Churches protest. There’s a right way to do it. Spend some time checking out @beabridgebuilder.”

And many, including Paula White-Cain, Trump's personal pastor and spiritual adviser, are supporting "Blackout Tuesday" on social media.

The initiative seeks to identify with protesters and evaluate how the music business can be more accountable to black communities.