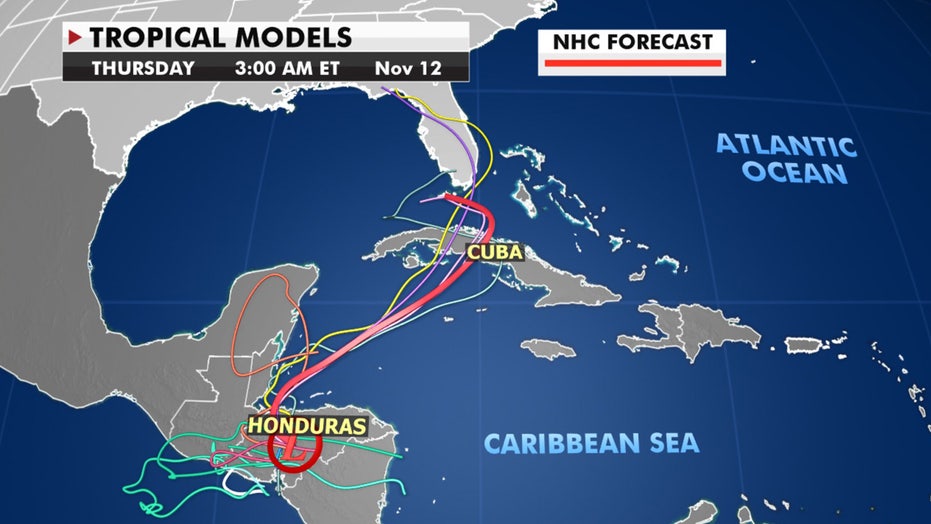 Heavy rains and flooding linger across Central America on Thursday as a weakened Tropical Depression Eta drifts over the region, but the storm system may eventually impact Florida by next week.

The National Hurricane Center (NHC) said the storm now has maximum sustained winds of 30 mph as it moves over Honduras, bringing downpours and "life-threatening flooding" across the region.

Eta is expected to move back over open water in the Caribbean by Thursday night where it's forecast to once again start regaining strength as a tropical storm.

Eta is forecast to reach Cuba by Sunday, crossing over the island, before tracking quite close to Florida early next week.

"Florida needs to watch this over the next couple of days, because 2020," Fox News senior meteorologist Janice Dean said on "Fox & Friends." "This was a Category 4 hurricane that moved into Nicaragua and now steering currents has it moving over Cuba and then possibly affecting Florida, the Southeast coast, the Gulf Coast needs to monitor this."

There is still quite a bit of uncertainty with the track of Eta and where the storm turns after reaching Cuba.

Forecast rain models by early next week as Eta may impact Cuba and Florida. (Fox News)

"The bottom line is as we get into the weekend we need to monitor this because you know what, it has been a very active tropical season and anything is possible in 2020," Dean said.

A man walks through a flooded road with a ladder in San Manuel, Honduras, Wednesday, Nov. 4, 2020. (AP Photo/Delmer Martinez)

Heavy rains from Eta caused deadly landslides while drenching the eastern portion of Honduras and the north of neighboring Nicaragua.

The storm has been blamed for at least 13 deaths in the region as thousands have been forced from their homes. 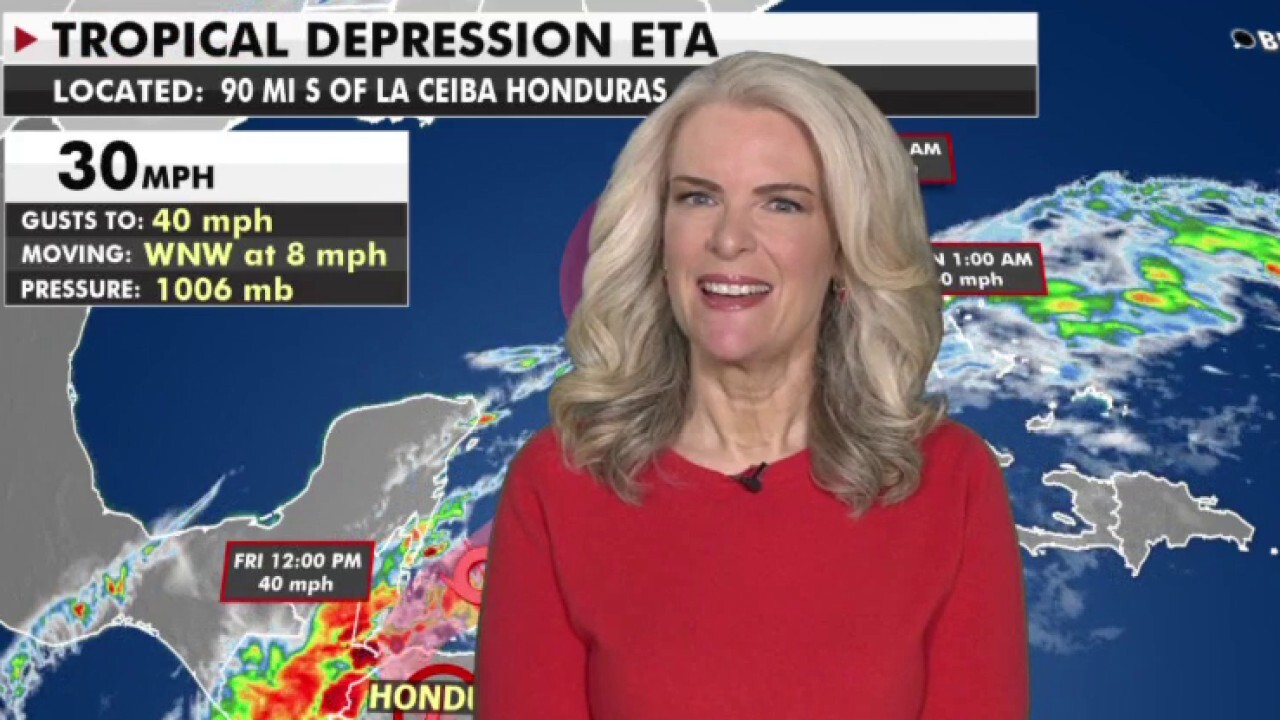 On Wednesday, Mayor Edy Chacón in the central Honduras town of Sulaco said a 15-year-old boy had drowned trying to cross a rain-swollen river.

Honduras declared a state of emergency due to "life-threatening flash flooding," according to Reuters.

Videos from across the region showed rescue workers braving floodwaters to save those trapped by flooding.

Eta is expected to bring widespread amounts of 15 of 25 inches of rain across Nicaragua and Honduras, with isolated amounts of up to 40 inches.

At least 38 communities in Honduras have been cut off by washed-out roads, and five bridges in the country were wiped out by swollen rivers.

“We lost everything,”  Karen Patricia Serrano told the Associated Press. “I don’t know what we’re going to do. My husband is 74 years old and because of his age he can’t work. I even lost my little animals."