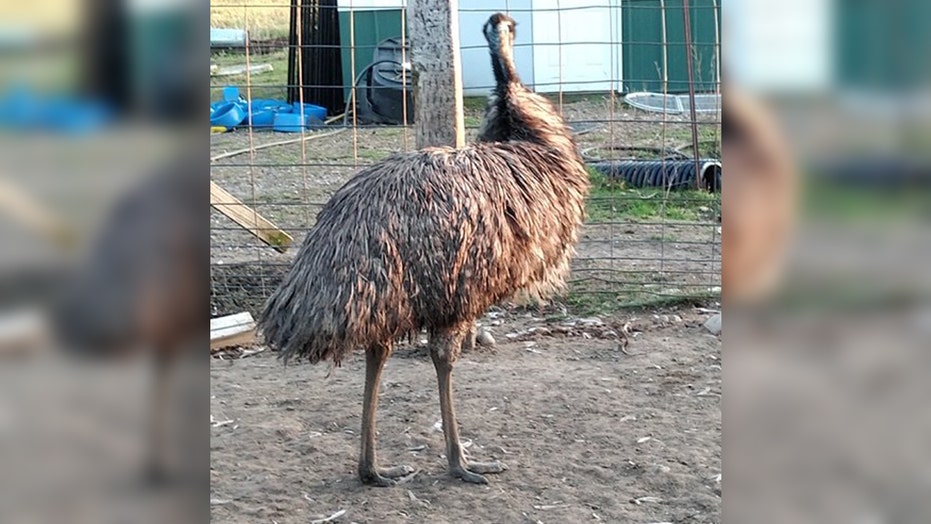 Emus are not native to northern New Jersey, so residents of Paterson were perplexed when they saw one of the large birds running down city streets on Tuesday.

According to The Associated Press, a woman spotted the 4-foot tall creature in a residential neighborhood near the border with Totowa at approximately 9 a.m. ET.

Animal Control officers responded to the scene after receiving multiple phone calls, in one of which a woman said something "from outer space" was outside.

The world's second-largest birds, emus can grow up to 5 feet tall, weigh up to 100 pounds, and run as fast as 30 mph. They are endemic to Australia.

The emu was eventually captured in Totowa by Animal Control Officer Mike Rodriguez using a snare pole and a blanket. The bird was then placed in a large animal cart and transported to Franklin Lakes Animal Hospital to be examined by a veterinarian.

The emu had a minor scratch on its neck, the source of which was unknown.

Chief Animal Control Officer John DeCando told WABC that he had never seen an emu before in his 48 years of service.

"You don't see too [much] stuff like this in Paterson, New Jersey. I mean, I've seen elephants running down the street. I've seen geese. I've seen just about everything. But, an emu like this -- the lady said it was like something from outer space," he recalled. "So, was it hilarious? Yes. But thank God, nobody got hurt."

After Franklin Lakes Animal Hospital gives the OK, the emu is set to be moved to a sanctuary where it will be able to roam as it pleases in a safe environment.

“The emu appears healthy,” DeCando later told NJ.com. “I can’t tell you (its age) or sex. But I can tell you it needs a bath.”