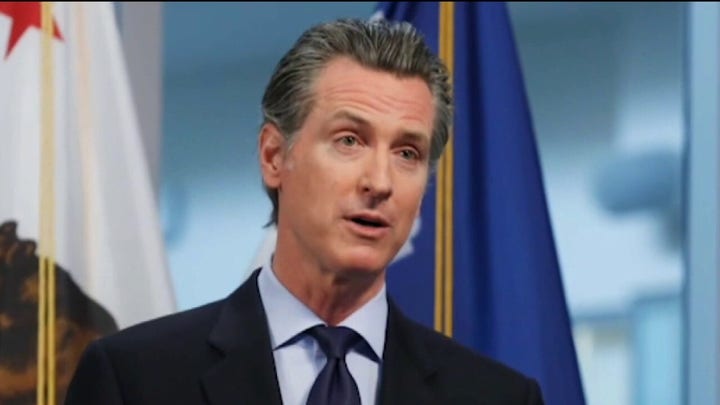 Over the weekend, recall organizers said they have collected 1.2 million of the needed 1.5 million signatures needed by March 17 to qualify for a ballot.

Per state law, petition sponsors must gather the signatures of 12% of the voter turnout in California’s previous statewide election, which is about 1,495,709 names.

Rescue California, one of two main groups organizing the campaign, says their goal is to collect 2 million signatures to account for the fact that many of the signatures will inevitably prove invalid.

San Diego’s KUSI reported Saturday that California’s Secretary of State has confirmed 84% of the signatures collected so far are valid.

This is the sixth recall effort the Democratic governor has faced in two years. Once considered a pipe dream in the solidly blue state, this latest recall effort gained traction in the last year because of growing discontent over the governor’s handling of the coronavirus pandemic and its impact on the economy. CLICK HERE FOR MORE ON OUR TOP STORY.

Indianapolis 'mass murder' leaves 6 dead, including pregnant woman, unborn baby
A manhunt was underway early Monday in Indianapolis after six people were killed and another critically injured in what authorities called the largest mass casualty shooting in over a decade.

The Indianapolis Metropolitan Police Department received a 911 call just before 4 a.m. Sunday about an individual who was shot on the 3300 block of East 36th Street.

Officers found a boy with a gunshot wound. The boy was rushed to a nearby hospital in critical condition and is expected to survive.

Police directed their attention to a nearby home where they found multiple people with gunshot wounds, including a pregnant woman who was also rushed to a nearby hospital.

Police confirmed the woman, her unborn child, and the other victims inside the house were all pronounced dead. CLICK HERE FOR MORE.

In other developments:
- The rise of the concealed carry woman: 'We have to empower each other'
- Ohio governor signs gun bill expanding 'stand your ground' rights by eliminating person's duty to retreat
- States push for allowing concealed carry of guns without permit
- Concealed carry permits rise despite clampdown from some states, report finds

The Chiefs’ victory will set up an epic showdown with Tom Brady and the Buccaneers and a rematch of their Week 12 game. Kansas City will be looking to win its second consecutive Super Bowl and doing something only Brady and the New England Patriots have done since 2003.

Mahomes was his usual self even as he was forced to be in the concussion protocol throughout the week heading into the AFC Championship. He finished 29-for-38 with three touchdown passes. Two of his three touchdowns went to tight end Travis Kelce. The other was to Mecole Hardman.

The Chiefs got out to a sluggish start though. The Bills put up nine points in the first quarter and it appeared that Josh Allen was going to make things tough on the defending Super Bowl champions. However, Kansas City used a 21-point second quarter to derail the Bills’ momentum. CLICK HERE FOR MORE.

THE LATEST FROM FOX BUSINESS:
- China overtook US as top destination for foreign investment last year: WSJ
- Top hedge funds set performance record for clients making $63.5B in 2020, data shows
- Oxfam warns fallout of coronavirus pandemic will lead to biggest increase in global inequality on record
- Microsoft to announce whether it will further suspend PAC donations to those who voted against certification of the Electoral College
- Company behind humanoid robots wants to mass-produce them by year's end
- Big tech companies using lobbyists to engage with Biden administration: WSJ 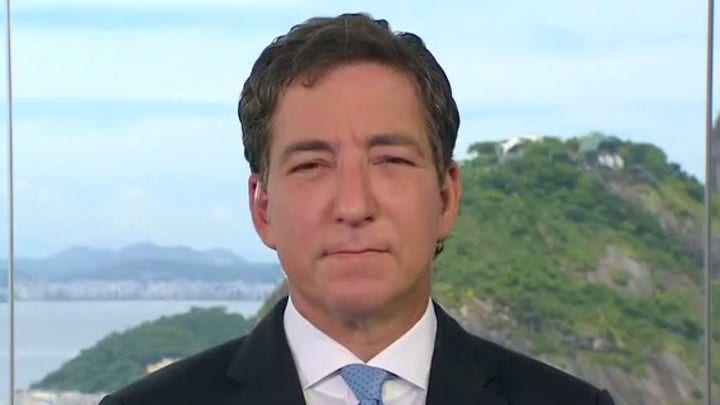 Nobody will be immune or exempt from the cancel culture mob as long as the media continues to wield it as a weapon to silence their critics and limit free speech, investigative journalist Glenn Greenwald warned over the weekend.

In a subsequent appearance on "Sunday Morning Futures," Greenwald pointed to a new survey by global communications firm Edelman that found only 46 percent of Americans trust traditional media.

"They are losing faith and trust, and this is not a new sudden development. This has been taking place for years," he told host Maria Bartiromo.