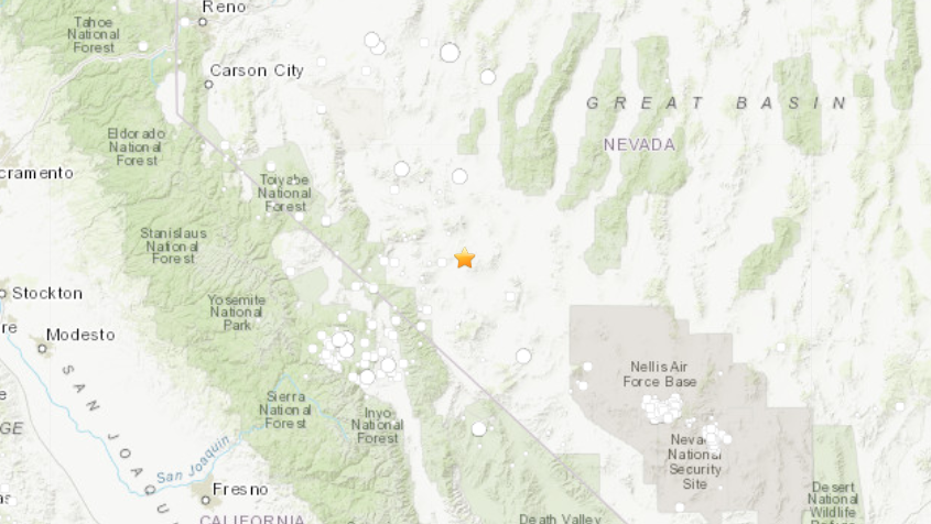 A magnitude 6.5 earthquake struck in remote western Nevada early Friday, according to the U.S. Geological Service, shaking people from Utah to California — and some pointing out it happened near Area 51.

The temblor was reported at 4:03 a.m. about 35 miles outside Tonopah, just east of the Sierra Nevada range. First recorded as a 6.4 earthquake, the USGS later upgraded it to a 6.5 magnitude.

The initial quake struck about 4.7 miles deep, the USGS said, and at least six sizable aftershocks were recorded shortly thereafter, including two with estimated magnitudes of 5.4. The USGS has advised that Nevada will continue to experience more earthquakes than usual as aftershocks continue throughout the day.

A good number of reactions, though, noted the earthquake originated around the infamous Area 51, spurring a number of jokes that the earthquake was caused by aliens. In a year that has already included a pandemic, the threat of murder hornets and heightened hurricane activity, an Area 51 earthquake seemed to be fitting.

The USGS will continue to monitor the aftershocks.