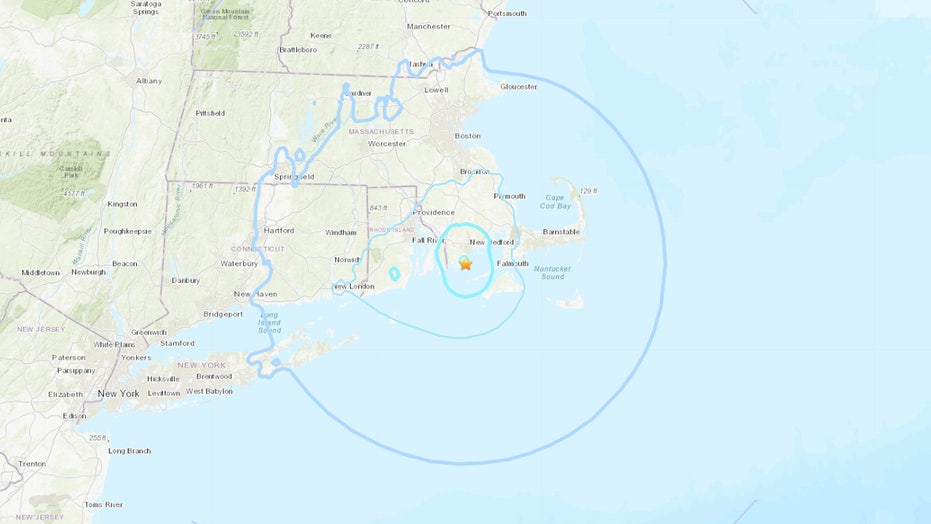 Residents across southern New England were jolted on Sunday morning after an earthquake struck off the coast of Massachusetts and was felt around the region, according to officials.

The U.S. Geological Survey (USGS) said the temblor was originally listed as a magnitude 4.2 earthquake before being downgraded to 3.6 and struck just after 9 a.m.

"No damage or injuries reported at this time," the Massachusetts Emergency Management Agency (MEMA) tweeted.

According to the USGS, the quake was centered a few miles off the coast of New Bedford, Mass., in Buzzards Bay.

The U.S. National Tsunami Warning Center shared that even though the quake struck off the coast, there was no threat of a tsunami expected.

While the earthquake was later downgraded to a magnitude 3.6 temblor, it was felt across southeastern Massachusetts, Rhode Island, parts of Connecticut, and even on the eastern end of New York's Long Island.

Connecticut Gov. Ned Lamont tweeted that "many here" in the Nutmeg State felt the "slight earthquake."

"We haven’t received any reports of damage but we will keep you updated," Lamont tweeted.

According to Boston 25 News meteorologist Vicki Graf, earthquakes on the East Coast are felt over a larger area due to seismic waves traveling farther and older rock formations.

Police in Dartmouth and area towns told NBC Boston they had received calls from residents but no one reported any damage.

Many took to Twitter to react to the shaking.