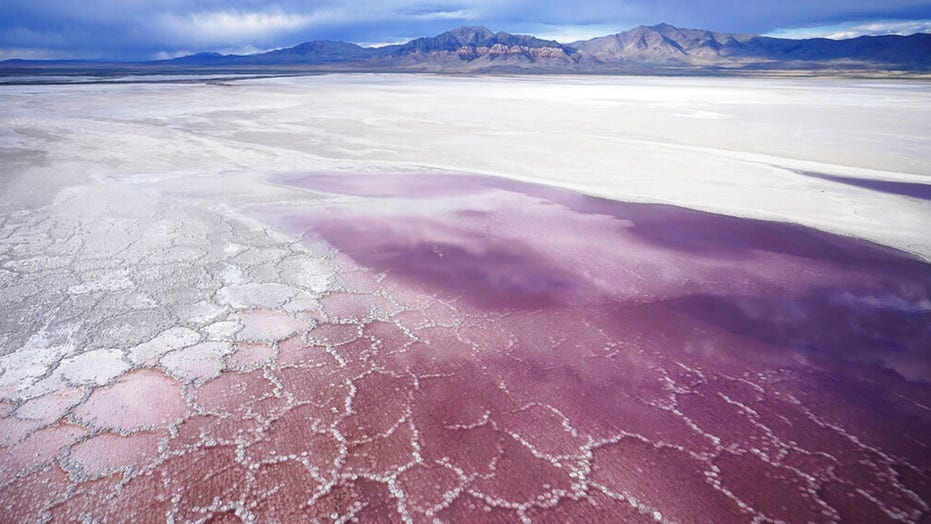 Almost 90 percent of the the region is now considered to be in drought.

The U.S. Drought Monitor – a partnership between the National Drought Mitigation Center at the University of Nebraska-Lincoln, the U.S. Department of Agriculture and National Oceanic and Atmospheric Administration – reports that more than 60 million Americans are currently affected by drought conditions.

A multi-agency webinar discussing the status of the drought and response efforts in the region was held Tuesday, hosted by the National Integrated Drought Information System.

The webinar featured remarks from USDA and Interior Department officials, and an update from NOAA Administrator Richard Spinrad, who said the lingering drought costs the U.S. $63 billion annually, in addition to multibillion-dollar losses from wildfires.

It's a crisis that Spinrad said will only worsen – citing the 1-in-1,000-year June heat wave – as climate change exacerbates the frequency, duration and intensity of drought.

David Simeral, a climatologist with the Western Regional Climate Center, blamed an overall lack of precipitation and rising  temperatures on top of 20 years of drought in the West for creating the current crisis.

Lake Mead, NV - June 28: An aerial view of droughts effect at Hemenway Harbor, Lake Mead, which is at its lowest level in history since it was filled 85 years ago, Monday, June 28, 2021. The ongoing drought has made a severe impact on Lake Mead and a milestone in the Colorado River's crisis. High temperatures, increased contractual demands for water and diminishing supply are shrinking the flow into Lake Mead. Lake Mead is the largest reservoir in the U.S., stretching 112 miles long, a shoreline of 759 miles, a total capacity of 28,255,000 acre-feet, and a maximum depth of 532 feet. (Allen J. Schaben / Los Angeles Times via Getty Images)

Above-normal temperatures are predicted to continue for the West and northern Plains through the fall, with below-normal precipitation "modestly favored" for that season as well.

Jon Gottschalck of the National Weather Service Climate Prediction Center also noted that La Niña climate conditions could also re-emerge in the autumn and winter months of 2021 to 2022.

Warning about the increasing risk of devastating wildfires, the Bureau of Land Management's Nick Nauslar said fuel dryness is already ahead of schedule and typical of peak fire season.

As firefighters work to fend off the flames from the more than 80 fires burning across the country, critical reservoirs remain at below-normal levels in much of the West – with residents reportedly resorting to stealing water and the agriculture industry in dire straits.

Lake Mead, which is a resource for tens of millions of people in California, Arizona, Nevada and Mexico, has been measured at just 35% full: its lowest level since it was filled 85 years ago.

Utah's Great Salt Lake has dipped to what some are calling a "historic" low.

California's regulators are voting on an "emergency curtailment" order next month that would stop thousands of farmers from taking water out of the state’s major rivers and streams due to the drought.

The Golden State grows more than a third of the country's vegetables and two-thirds of the country's fruits and nuts, with exports totaling $21.7 billion. Farms and ranches received more than $50 billion in cash receipts for their output in 2019.

The 16-state Family Farm Alliance's Executive Director Dan Keppen said in Tuesday's webinar that cattle ranches and dairy farms are liquidating herds, tearing out some crops to replace them with less water-intensive ones and even letting fields sit fallow.

The drought is also significantly impacting wildlife. Both California's endangered winter-run Chinook salmon's juveniles and Montana's famous trout populations have been identified as under threat by extreme drought and low river levels.

A dead chinook salmon floats in a fish trap on the lower Klamath River on Tuesday, June 8, 2021, in Weitchpec, Calif. A historic drought and low water levels on the Klamath River are threatening the existence of fish species along the 257-mile long river. (AP Photo/Nathan Howard)

The entire Navajo Nation, which rests in the heart of the Colorado River Basin, is suffering from severe drought conditions. Bidtah Becker said the tribe has been forced to purchase more expensive power due to low reservoir supply.

Becker said a well supplying livestock users in the western area of the reservation went out of service, and users began to tap drinking water supplies ultimately forcing rationing.

"Drought doesn’t just impact one community — it affects all of us, from farmers and ranchers to city dwellers and tribes," Interior Secretary Deb Haaland said Thursday during a roundtable at Colorado's Denver Water Center. "The Biden-Harris administration is taking action to provide relief to impacted communities now, while also making important investments that will help us wisely manage our shared resources across the West."