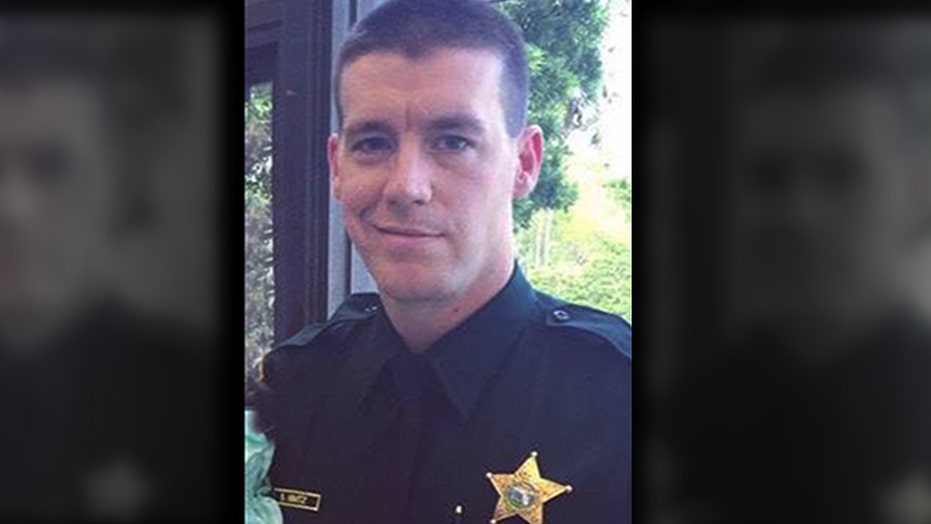 A Florida driver who allegedly crashed into a patrol car last month, killing a sheriff’s deputy, now faces vehicular homicide and DUI manslaughter charges after being arrested Wednesday afternoon, according to the Broward County Sheriff’s Office.

The sheriff’s office said Darran Johnson, 32, of Boynton Beach, was apprehended in Fort Lauderdale in connection with the death of Deputy Benjamin Nimtz.

Nimtz, 30, was responding to a reported domestic dispute around 3 a.m. July 21 when Johnson, who was driving a Toyota Tundra, ran a red light at a high rate of speed and slammed into the patrol vehicle at an intersection in Deerfield Beach, which is about 20 minutes from Fort Lauderdale, according to the Broward County Sheriff's Office.

The sheriff’s office added that investigators determined “impairment on the part of Johnson is also considered a contributing factor in the fatal crash.”

Broward Sheriff Fire Rescue rushed Nimtz and Johnson to a nearby hospital.

Nimtz “succumbed to his injuries” and was pronounced dead at the hospital, according to the sheriff’s office.

Johnson was hospitalized in stable condition and released later in the week.

Detectives had been investigating the circumstances surrounding the crash and in July said they were awaiting the results of Johnson’s toxicology test.

Nimtz had been a deputy with the Broward Sheriff’s Office since March 2018.