California investigators on Monday announced the arrest of a man who had escaped to Mexico after allegedly raping a 16-year-old girl in 2002.

Juan Martinez Lopes, 39, was arrested last month and charged with rape and kidnapping, according to the Sonoma County Sheriff’s Office, which called the crime a random act.

Lopes was accused of raping the girl in a field in Santa Rosa and then raping her again when he caught her after she broke free and tried to run away, Sgt. Juan Valencia said. 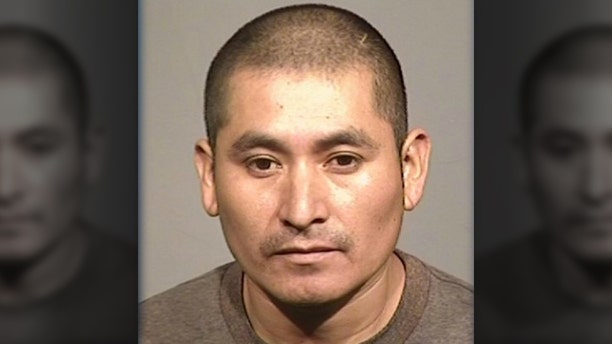 Eventually, the girl was able to break free a second time, Valencia said. “She hid inside a nearby unlocked vehicle until Lopes was gone. Then she found a telephone and called for help,” he said.

He said Lopes was identified as a suspect when the teenager picked him out of a photo lineup.

Lopes then took off to Mexico and a warrant was issued for his arrest, the sergeant said.

The case went cold until last month when Lopes was picked up for public intoxication in Madera County, according to Valencia.

“Domestic Violence Sexual Assault Detectives obtained a search warrant for Lopes’ DNA and drove to Madera County to collect a sample of Lopes’ DNA as evidence,” he said.

Valencia said the evidence obtained from the victim's forensic examination linked Lopes to the crime.