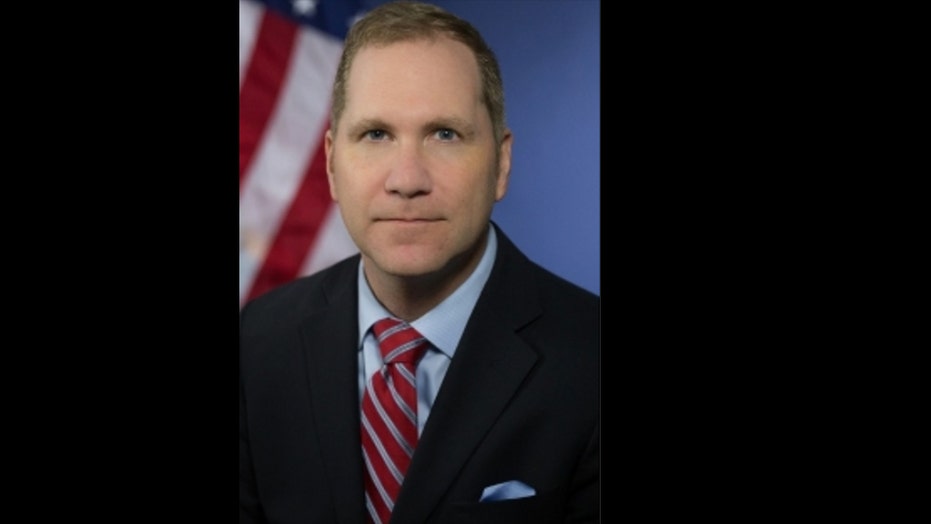 Schneider, who was appointed to the position in 2018, has been a Michigander through-and-through and became an Assistant U.S. Attorney in 2003. He remembered that on the way to his interview, he had gotten out of his car and noticed the Detroit street was "lined with broken glass" because all of the car windows parked near him were smashed. A decade later, the city would file for Chapter 9 bankruptcy.

But, 2020 hit the Motor City just as hard as anywhere else.

This year -- this summer in particular -- homicides have spiked in major cities across the country amid the COVID-19 pandemic and an unprecedented economic crisis. And, while the total crime rate is notably lower and other types of crime are reportedly in decline, there is cause for concern as a new report in The Wall Street Journal warns some cities are on track to have their most violent summer in years.

The Detroit Police Department reported in June that they were seeing that spike firsthand in their statistics, with shootings up 53 percent and homicides up 31 percent.

End-of-year stats released in January showed homicides, nonfatal shootings, and robberies in Detroit all up in 2019 from the year before.

Detroit Police Chief James Craig showing a photograph of the handgun used by a man who shot at police officers at close range while they were arresting his friend, last month in Detroit. Officers returned fire and killed the man. (John T. Greilick/Detroit News via AP, File)

The program named for 4-year-old LeGend Taliferro -- who was killed in his sleep in Kansas City, Mo., at the end of June -- was devised at the behest of President Trump to place federal agents in a supporting role for local law enforcement.

However, Operation Legend was greenlighted only after thousands had taken to the streets protesting police brutality and inequality in response to the death of George Floyd.

Schneider swatted away criticism that Operation Legend was merely an offshoot of Operation Relentless Pursuit and asserted that a $1 million Bureau of Justice Assistance grant -- as well as another $100,000 to be used toward acoustic gunshot detection technology -- would be instrumental in what he calls the "fund the police movement." 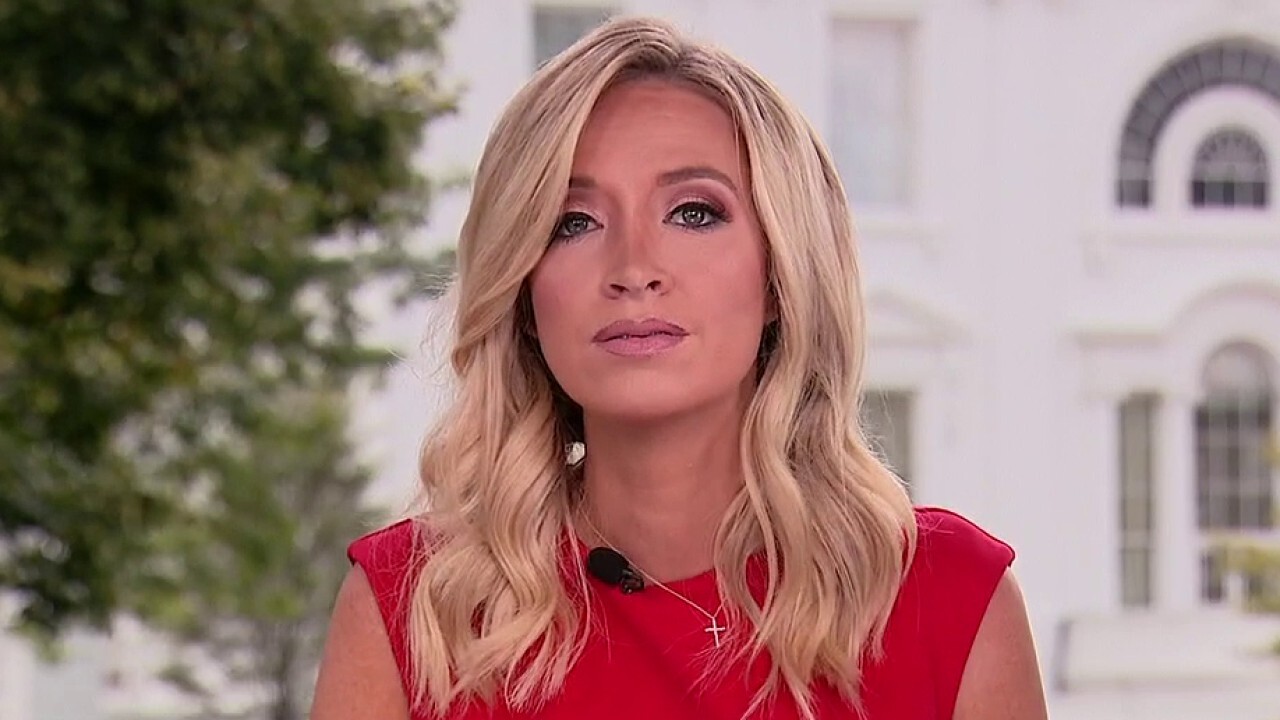 As July drew to a close, the government announced it would send 42 additional federal agents to Detroit as part of the new crimefighting initiative. But, some agents were already there working gun investigations and Schneider said his city and his district are reaping the benefits.

"Some of these newly-assigned agents from [the Drug Enforcement Administration] DEA on June 21st -- just a few days ago basically -- they worked with the Detroit Police Department," Schneider recalled. "And, they executed a search warrant in Detroit as a part of Operation Legend."

As the agents conducted their search, they found cocaine and other drugs, assault-style rifles, high-capacity magazines and body armor, including three vests.

"If we didn't have Operation Legend, those agents would not have been assigned to that search warrant and those guns would be on the street.," he remarked. "But, they're off the streets thanks to Operation Legend."

The prosecutor noted that Operation Legend marked many firsts for law enforcement officials, pointing to the number of federal boots on the ground and the influx of funding to Detroit Police Chief James Craig's department.

"We're already making progress. And, we’re looking at our metrics and we're looking at what types of cases are we going to be bringing and how we can improve and how we can get better. It's a very good partnership on this mission," Schneider assured.

It is important to highlight that Detroit is a predominantly Black city. Almost 80 percent of its approximately 700,000 residents are Black Americans, according to the most recent U.S. Census Bureau data.

In Schneider's district are the "college town" of Ann Arbor -- where he attended law school -- and the infamous Flint, where lead-laced water poisoned its children just six years ago.

Police officers speaking to demonstrators in Detroit last May following a night of protests that saw several arrests and uses of tear gas by law enforcement. (SETH HERALD/AFP via Getty Images, File)

Detroit Will Breathe, an arm of the Black Lives Matter movement, has a strong presence in Detroit and a loud voice. It's recently criticized Schneider, called for Craig's ousting and took shots at Operation Legend -- as well as Operation Relentless Pursuit -- and the "vigilante federal agents" allegedly coming to continue "brutalizing the Black community."

Nakia-Renne Wallace, 23, a co-founder of the organization, graduated from Wayne State University this year with "a co-major" in African American Studies and English.

Wallace told Hour Detroit this month she's dedicated her entire life to fighting the systemic injustices her family has experienced.

She also explained that in initially meeting with Democratic Mayor Mike Duggan and Craig to "lay out [Detroit Will Breathe's] case," it was a "one-time concession to the city's leaders."

Wallace said that Detroit Will Breathe currently has been refusing to meet privately with leaders to discuss immediate and critical improvements because, "quite frankly, that’s how sellouts are made, right?”

Schneider told Fox News that Wallace's position and Detroit Will Breathe's perception of Operation Legend -- and how federal agencies are and will be utilized -- were "incorrect."

"This is about fighting violent crime in Detroit and making our streets safer than they are because they need to be," Schneider added. "That's all it is about."

The former Michigan Supreme Court general counsel harkened back to the July 1967 Detroit Riots during which 43 Americans were killed, 342 were injured, almost 1,400 buildings had been set aflame, and 7,000 National Guard and U.S. Army troops had been called into service after residents and police officers clashed on 12th Street.

In 1968, President Lyndon B. Johnson signed the Civil Rights Act into law.

July 24, 1967: Police check buildings along a section of 12th Street, about three miles from downtown Detroit, following racial riots which broke out in the city. Many businesses and homes were burned and looted. (AP Photo/File)

"We're very, very aware of what happened in our community and we don't want that damage to our community to happen again..." Schneider said, "...and, I think for the folks who are speaking out or who are upset -- I don't think that represents the larger community as a whole."

While protests in the city of Detroit have remained relatively peaceful in comparison to the seemingly endless struggle in Portland, Ore., Schneider said that constant "animosity" and "lack of respect" sparked by those who want to "defund the police" are putting hardworking and underpaid officers' lives in danger.

He said the least his district members can do is care as deeply about their police department as officers of that department care about them. At the same time, he noted that law enforcement has to "do a better job," "be more accountable," and "improve."

"But, when we have violent crime that is through the roof, who wouldn’t want help? Right?" Schneider wondered. "Who would not want help from the DEA and the FBI and the ATF [Bureau of Alcohol, Tobacco, Firearms and Explosives] and the Marshals Service to come in and take violent offenders and get them off the streets?

"I want help. I want help to make sure that people are safer," he concluded. "That's exactly what Operation Legend is about."