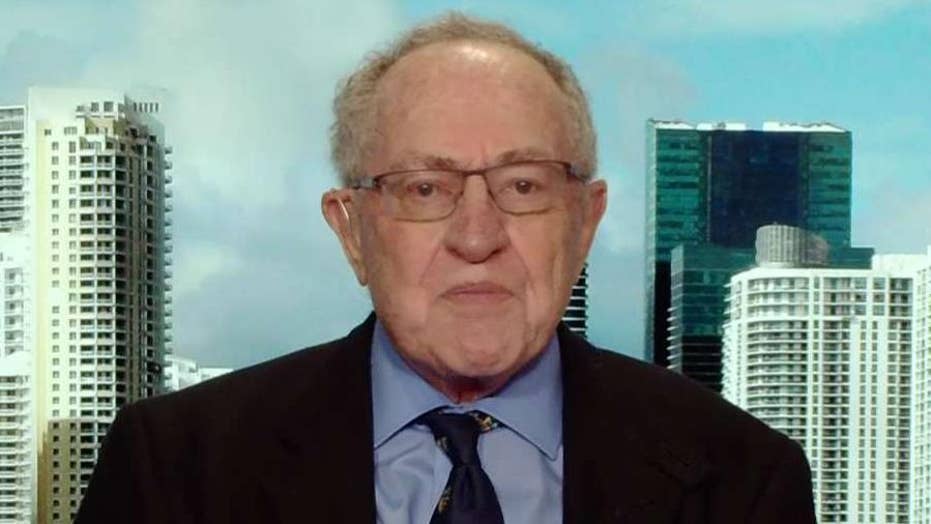 Famed Harvard law professor Alan Dershowitz said a nationwide college admission cheating scandal will go down as one of the “great scandals of the 21st Century” and that Tuesday’s news is just  the “tip of the iceberg.”

“This is the worst scandal involving elite universities in the history of the United States,” Dershowitz said on “Outnumbered Overtime.”

“This is really one of the great scandals of the 21st Century. Having said that, I just think it's just the tip of the iceberg.”

Dershowitz talked about the significance of the more than four dozen people charged Tuesday who allegedly paid up to $6.5 million to secure their children placement into elite universities.

"They don't have to worry about their kids getting in. This involves the very rich, the people who can't quite afford to give a building but can afford to spend 5 or 6 million dollars.”

He added: “We will see other mini-scandals involving contributions to the university, coaches who are prepared to stretch the rules."

This is really one of the great scandals of the 21st Century.  Having said that, I just think it's just the tip of the iceberg.

Dershowitz went on to blame universities and colleges for ‘abolishing grades’ which he feels is the fundamental cause of the scandal.

“If we went back to the situation that occurred when I started teaching at Harvard almost 60 years ago this couldn't work because these students would fail out,” Dershowitz said. “It didn't pay for them to come into a college because they wouldn't make it through if they didn't have the academic resources to make it.”

“But today nobody fails, and today nobody get bad grades.  Nobody even gets C's and in many universities, they've abolished grades,” Dershowitz added.

The scam allegedly placed students into top colleges such as Yale, Georgetown, Stanford, University of Southern California, UCLA and the University of Texas.

William Rick Singer, from California, had been investigated for over a year and is alleged to have used bribes to help parents gain their child admissions, according to court documents.

Singer, authorities said will plead guilty to racketeering for running the charity, Key Worldwide Foundation, which received $25 million in total to guarantee the admissions as a front to run the scam.

Actresses Felicity Huffman and Lori Loughlin are also among those charged.