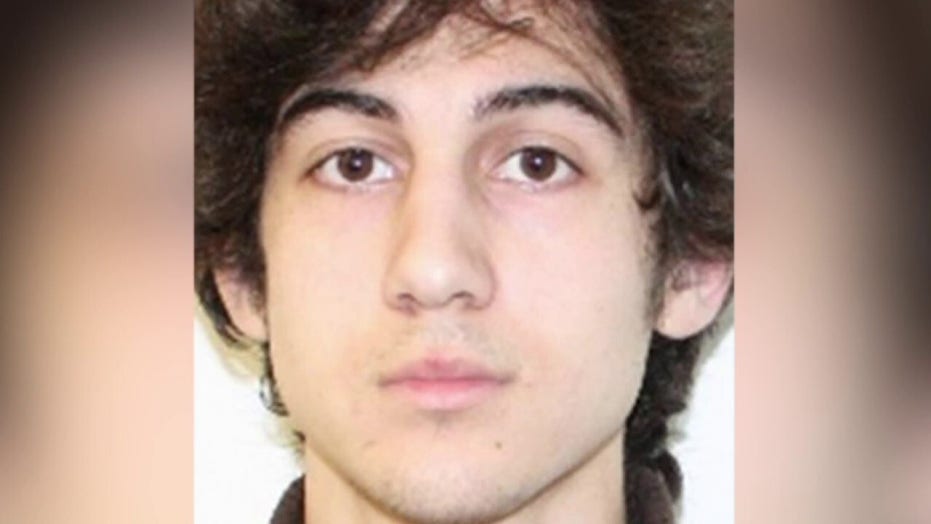 Marc Fucarile, who lost his leg in the Boston Marathon explosion, reacts to the possibility that the Supreme Court could reinstate Dzhokhar Tsarnaev's death sentence.

The Supreme court announced Monday that it is set to consider whether to reinstate the death penalty for Dzokhar Tsarnaev, one of the two brothers responsible for the Boston Marathon bombing.

Marc Fucarile was standing next to the finish line when one of the bombs went off during the race in 2013. He was the last victim to be released from the hospital a little over three months after the event.

"I think he should get the death penalty," Fucarile said of Tsarnaev.

"If this doesn't justify a death sentence, what does in our country?" he continued, "I have to put a leg on every day. I get in a wheelchair, put my prosthetic on. I'm in constant pain in my left leg, it's a salvaged left limb, 80 percent burn on the lower half of my body. Shrapnel in my heart."

Dzhokhar and his brother Tamerlan killed three people at the Marathon and injured 264 others. Dzhokar was ultimately convicted after Tamerlan Tsarnaev was killed in a shootout with police four days after the attack.

The case puts the Biden administration in a difficult position, with Joe Biden having stood firm in his opposition to the death penalty during his campaign for the presidency.

In a press conference on Monday, press secretary Jen Psaki said "President Biden has made clear...that he has grave concerns about whether capital punishment...is consistent with the values that are fundamental to our sense of justice and fairness" she continued, "He's also expressed his horror at...Tsarnaev's actions...Any process for the death penalty policy moving forward, I don't have any updates on that."

The decision to seek the death penalty in the case was made by the Obama administration, while Biden held the office of vice president.

In July 2020, the 1st U.S. Circuit Court of Appeals in Boston found that prospective jurors had not been properly vetted, and overturned the death penalty sentence handed to Tsarnaev in 2015.

"Make no mistake: Dzhokhar will spend his remaining days locked up in prison, with the only matter remaining being whether he will die by execution," wrote Judge O. Rogeriee Thompson in response to the ruling, "a core promise of our criminal justice system is that even the very worst among us deserves to be fairly tried and lawfully punished."

In August of 2020, the DOJ under former president Trump brought the case to the Supreme Court, which, on Monday, agreed to hear the case in the fall of 2021.

Fucarile just wants justice for himself and the other victims, and expressed his anger with, "living this again and again with the person or people responsible for what happened" he went on, "It's sad that criminals...have more rights than the victims. It's really sad and scary."