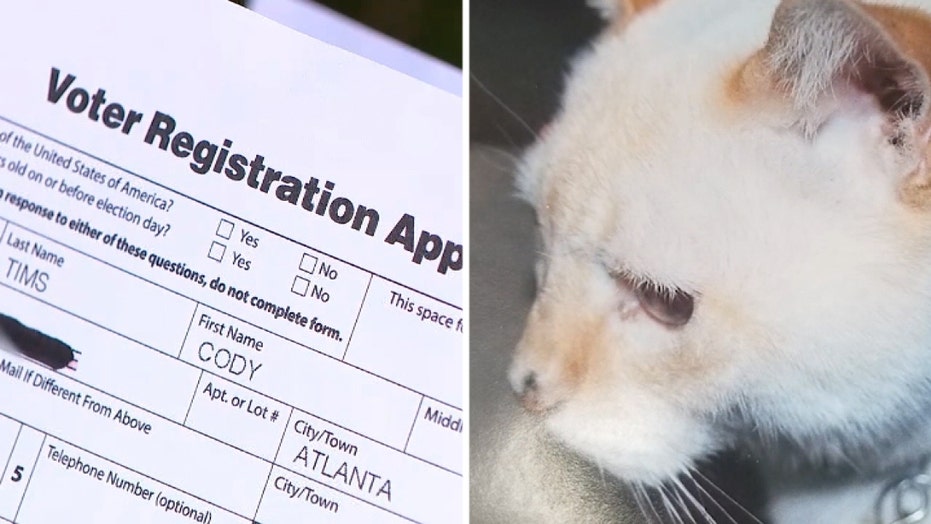 Georgia family surprised to get a voter registration in the mail for their cat Cody, who died 12 years ago.

An Atlanta family said it received a voter registration form this week for their cat Cody Tims – who died 12 years ago.

The Tims say they found the form addressed to the cat in their mailbox on Wednesday.

Carol Tims described Cody as a “great cat, indoor and outdoor” who “loved his family, loved his neighborhood” and lived to the age of 18.

But in terms of his voting prospects, “he's a cat and he's been dead for a long time,” Tims told Fox5 Atlanta.

The Georgia Secretary of State's Office told the station that they did not send out the form and that third-party groups behind such applications often use mailing lists to obtain names and addresses of people — and in this case, a cat.

"Third-party groups all over the country are targeting Georgia to help register qualified individuals,” it said in a statement. “This group makes you wonder what these out-of-town activists are really doing. Make no mistake about it, this office is dedicated to investigating all types of fraud."

Asked how Cody might have voted in the polls – if he could – Tims told Fox5Atlanta that he was a “Democat.”