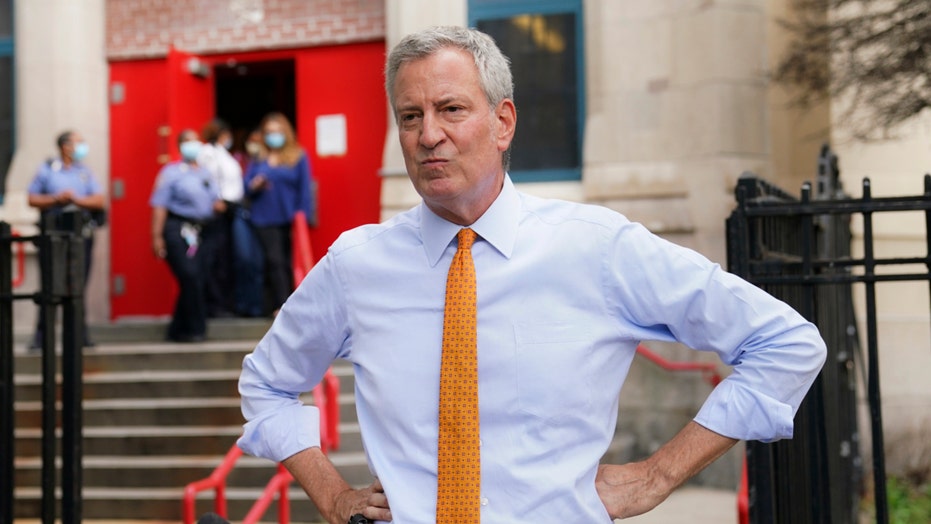 If New York is to be saved gov't needs to get out of the way: Marcus

'This is an absolute disaster,' says David Marcus, The Federalist, discussing life in New York City under Mayor de Blasio

De Blasio stressed during a press briefing that early retirement incentives, if offered, would only be a piece of the solution.

NYC MAYOR'S OFFICE, INCLUDING DE BLASIO, TO BE FURLOUGHED FOR A WEEK AMID BUDGET CRISIS

Since the beginning of the year, de Blasio has been working to find a way to combat the $9 billion coronavirus-related revenue loss facing the nation’s biggest city. He has repeatedly stressed that he is doing so with little help from the federal government.

In a move to try and offset losses, de Blasio even announced that his entire office, including him, will be furloughed for a week to help fight the city's multibillion-dollar budget crisis.

Monday's remarks indicate his latest attempt to avoid the expected layoffs for more than 20,000 municipal employees due to virus-related budget losses.

"I've spoken to the leadership of the legislature in Albany and many members of legislature, and there's a strong consensus that early retirement will have to be part of this package," he said.

An Albany legislative source told the New York Daily News that several bills on early retirement incentives have been drafted and in the coming days there should be some movement on at least one of them.

“It’s definitely being discussed and probably something that will be moved forward,” the legislative source told the outlet.

However, de Blasio questioned how effective it will be if an early retirement option is provided but the retiree's role is later filled with another person.

"If you provide the early retirement option, but then you need to go back and fill that same role with another person and pay their salary. You're not saving money," he said.

De Blasio added: "So it still comes down to how many jobs we're going to be able to save going forward and the services we need to provide to the people."