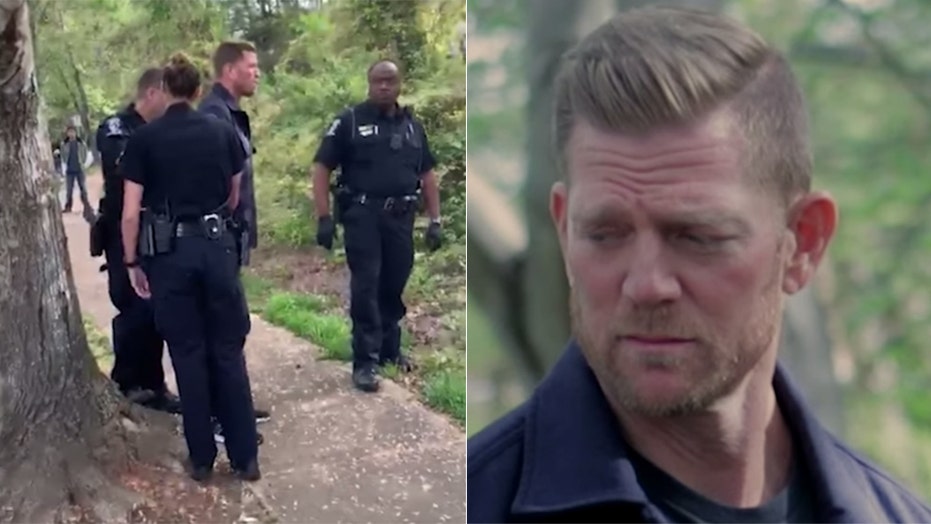 Conservative activist David Benham was arrested Saturday for providing counseling outside a North Carolina abortion clinic despite a stay-at-home order amid the coronavirus pandemic.

Benham, who made national headlines after getting dropped by HGTV allegedly for his Christian beliefs, posted a video of the arrest outside the offices of A Preferred Women's Health Center of Charlotte. He alleges officials are using the virus as cover for discriminating against pro-life groups.

"It's government overreach. It's viewpoint discrimination. It's selective enforcement of the COVID law. It's the suppressing of religious expression. It's all those things," Benham told Fox News. "It's just a straight-up breaching of my constitutional rights."

The Charlotte-Mecklenburg Police Department pointed to the county attorney, Tyrone Wade, for interpretation of the order. In a statement to Fox News, Wade said "it is reasonable to limit a person's freedom or movement to a gathering of no more than 10 people and a requirement that each person remains at least six feet apart to protect the public," given the state of emergency and public health emergency declarations.

"On Saturday, officers observed approximately 50 protesters congregating outside of the clinic," Wade said. "The gathering was determined to be a violation of mass gatherings in the North Carolina Stay at Home Order."

Benham, who was arrested and charged with a misdemeanor for violating state emergency prohibitions, was booked and released within four hours.

Benham said he was only joined by three sidewalk counselors and accused the mayor's office, the city attorney and local newspaper the Charlotte Observer of colluding against them.

"We're dealing with a radical left agenda that is deliberately lying, falsifying information to lead the public astray," he said.

Sen. Ted Cruz, R-Texas, called the arrest of his friend "wrong" and "unconstitutional."

"Because elected Dems are pro-abortion, they are abusing their power in a one-sided way to silence pregnancy counselors," he said.

Benham explained that he has been doing ministry with his nonprofit, Cities for Life, outside the clinic for the past 10 years and has never been arrested. Their group scaled down their operation after the coronavirus orders started and on Saturday he said there were only three sidewalk counselors with him and they had chalk to show they were six feet apart.

He sees clear bias, saying that of the more than 1,400 COVID-related complaints the city has received, all eight arrests were in front of the abortion clinic.

"They were targeting me," he added. "We are an essential business completely cleared. We were way above board and yet they still targeted me."