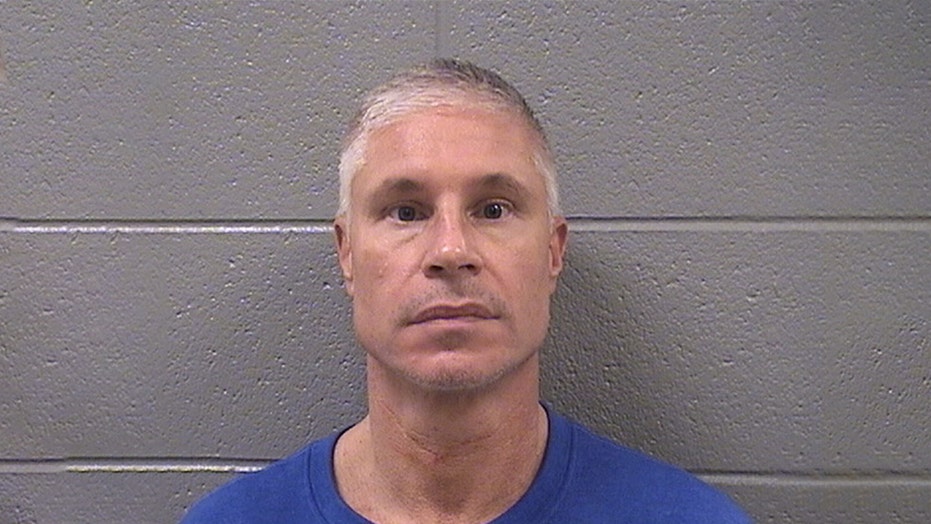 Charges brought against a Chicago eye doctor in the stabbing death of his girlfriend are prompting police to reexamine the mysterious circumstances surrounding the death of his first wife nearly nine years ago.

Anthony Prate, 55, was charged with first-degree murder in the Nov. 23 death of his girlfriend Malgorzata Daniel, a 48-year-old nurse who authorities said was stabbed 30 times in her home. Prate, who called 911 after calling three family members, told authorities that he and Daniel got into an argument following a dinner party with neighbors.

"My girlfriend and I had a fight. She stabbed me with a knife, and I stabbed her back, and I think she's gravely wounded," Prate told the dispatcher, adding, "I'm wounded too."

When the police arrived, Prate was taken into custody and is currently being held in Cook County Jail without bond.

Daniel's grisly death has put the spotlight back on the bizarre events leading up to the death of Prate's first wife, Bridget, who died in 2011.

In that incident, Prate claimed he overheard his wife talking to another man and said they were plotting to kill him. Prate dialed 911 and demanded that both his wife of nearly 20 years and the man she was talking to be arrested. When authorities arrived, Bridget told them it had all been a big misunderstanding and the officers left.

Anthony Prate was charged with first-degree murder in the Nov. 23 death of his girlfriend Malgorzata Daniel, a 48-year-old nurse who authorities said was stabbed 30 times in her home. (Cook County Jail)

Less than a week later, she was dead.

Police found Bridget's crumpled body under the dashboard of a car that crashed while Prate was driving.

Prate told the police that his wife had unbuckled her seat belt to look for her purse and a water bottle just seconds before he lost control of the vehicle, crossed over the center line, and hit an oncoming car and a tree before coming to a stop.

When paramedics arrived, three bystanders had surrounded the car while Prate attempted to give mouth-to-mouth resuscitation to his wife. She didn't have a pulse and she wasn't breathing.

One of the bystanders said Prate, who had suffered only minor injuries, looked 'frantic and shocked," The Chicago Tribune reported.

When Bridget's autopsy was conducted two days later, Dr. Mark Witeck said that she had a fractured vertebra in her neck but that the injury shouldn't have killed her. Aside from that, he found only a few scratches and bruises on Bridget's body.

"There was no evidence of significant injuries or natural disease which caused or contributed to the death," Witeck wrote in a report. He concluded that the cause of death was "undetermined."

The Tribune reported that Witeck told authorities he thought Bridget had died prior to the crash. He also believed her vertebra wound occurred postmortem.

The red flags prompted Lake in the Hills Police Department and prosecutors to seek a second opinion.

Pathologist Dr. Larry Blum concluded that even though there is no clear cause of death, he believed that the vertebra fracture was proof that Bridget Prate had died in the crash. After that, prosecutors were reluctant to proceed. In January 2012, McHenry Count Assistant State's Attorney Michael Combs told a Lake in the Hills officer that he didn't think additional interviews with the Prate children "would ever produce any information that would result in criminal charges."

"The lack of cause of death in a case like this is pretty rare," he said. Johnson added that typically in fatal car crashes "pathology and autopsy results usually determine the cause of death fairly quickly."

Johnson said he referred the case to the Illinois Police Department. A spokeswoman told The Tribune the case was turned over to Lake in the Hills without any charges filed.

A call to Prate's lawyer, Sam Amirante, was not immediately returned.