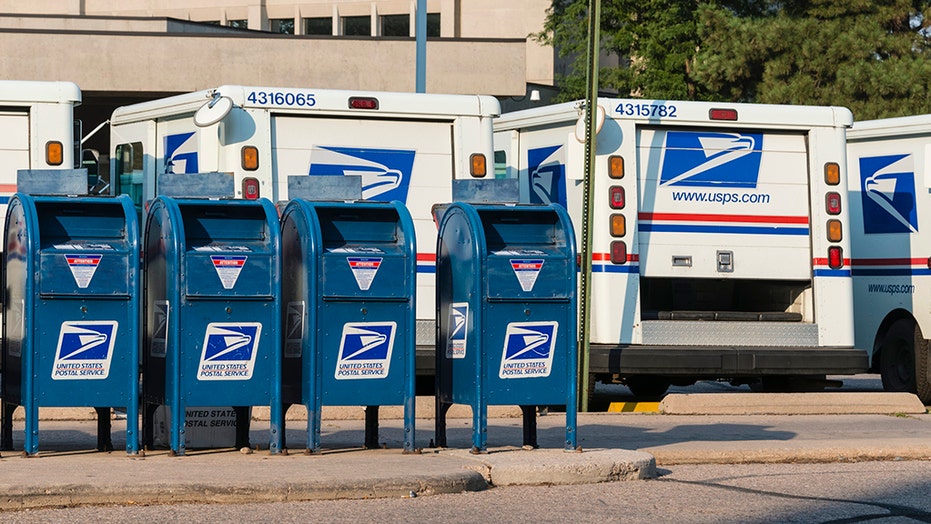 A Colorado mail carrier was shot and killed Wednesday and a suspect was being sought amid a rash of deadly shootings involving U.S. Postal Service workers in recent days.

The Longmont Police Department responded to a shooting just after 12:30 p.m. at Heatherhill Street and Renaissance Drive, Dep. Chief Jeff Satur told reporters. The letter carrier was on his route when someone wearing all black fired multiple shots, authorities said.

When officers arrived, they found the USPS employee shot in front of neighborhood mailboxes. The employee died at the scene, police said. Authorities did not say if the unidentified worker was targeted.

"This is very unusual for our community," Satur said. "The Postal Service themselves have had a terrible year. Just in the last couple of days, there's been several shootings of postal workers."

A male suspect wearing all black clothing and a blue mask was seen fleeing the scene on foot, he said. Satur said at least one witness heard shots but didn't see the suspect.

He said investigators are following up on leads in the case. Satur declined to say what kind of weapon was used.

After the shooting, nearby schools were told to briefly shelter in place. A police search of the area using K-9s was unsuccessful. Authorities also went door to door in the area, Satur said.

He said investigators believe several homes with security cameras could help investigators in their search for the suspected shooter.

David Rupert with the U.S. Postal Inspection Service, the law enforcement arm of the Postal Service, said the shooting was an isolated incident.

"It's tragic. It's terrible. It hurts all of us very deeply," he said.

Boulder County District Attorney Michael Dougherty did not say whether the suspect could be prosecuted at the state or federal level.