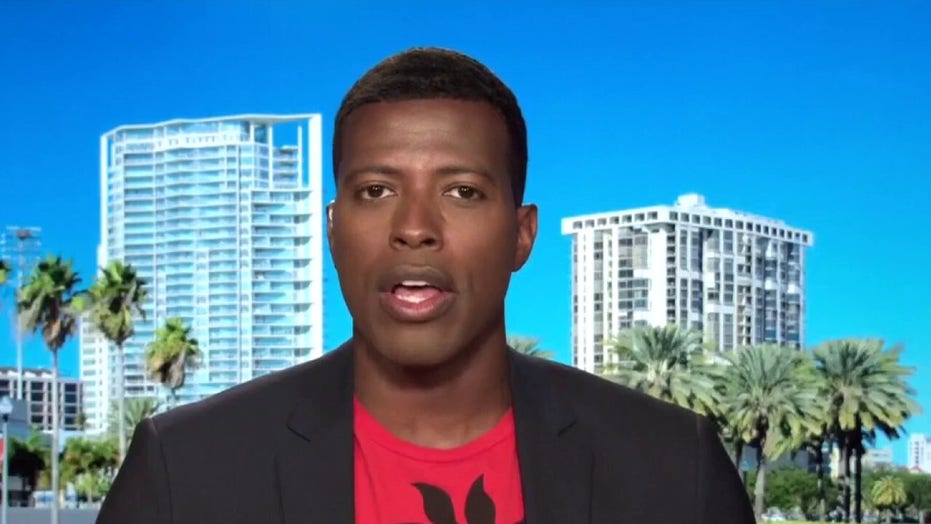 'They don't know historical context of what they're tearing down,' says Rob Smith, Iraq War veteran, weighing in on mobs tearing down historical monuments

Colorado’s governor is warning protesters that “destruction and vandalism are not the answer” after three suspects were arrested in connection to a fire set to a pedestal of a toppled Civil War monument outside the State Capitol building.

The statue – which honors Colorado’s fallen Civil War soldiers -- was first knocked over by a group of demonstrators Thursday before being removed from the area, police told KUSA. Then late Saturday night, the pedestal where it once stood was set on fire – although the blaze resulted in minimal damage, Denver’s Fire Department adds.

"There is a right way and a wrong way to have an open and honest conversation about our history. Destruction and vandalism are not the answer,” Gov. Jared Polis said in a statement. “To be clear, no matter what your feelings about public art, our state respects the rule of law and there are proper legal channels for reflection, conversation, and change.”

The Civil War Monument statue is strapped on the back of a flatbed tow truck after it was toppled from its pedestal in front of the State Capitol Thursday in Denver, Colorado. (AP)

Polis said no one has been taken into custody yet for toppling the statue, but he announced three arrests over the fire incident.

“Good news: Three suspects have been apprehended and we hope this also provides a breakthrough into other ongoing investigations regarding destruction of public property,” he added.

One of the suspects was identified as Trayvelle Walker, 22, who is being charged with second-degree arson, KUSA reported, citing Denver Police.

The statue, built in 1907, comprises of a Union cavalryman holding a rifle, with the names of those who died listed underneath. A plaque was added to it in 1999 denoting the First and Third Colorado Cavalries’ involvement in what has become known as the Sand Creek Massacre, in which both units attacked a camp of Cheyenne and Arapaho Indians, killing 150 – including women, children and the elderly, according to KDVR.