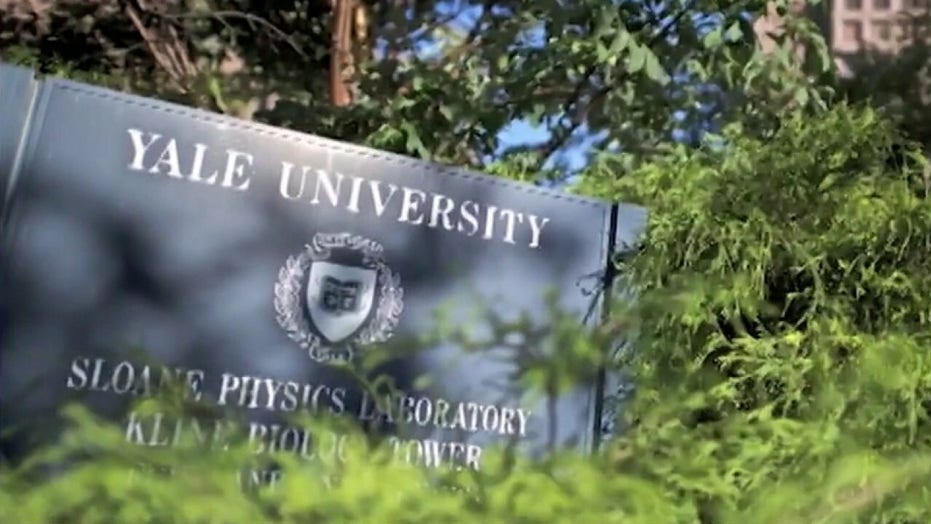 Yale University student Jonathan Michel's attorney is hoping to bring a class action lawsuit with other students to seek refunds for part of the 2020 spring semester.

New research shows that college graduates are regretting their decisions to attend certain schools once they face post-graduation debt, especially after COVID-19 forced a shift to online learning.

Nearly 44 million U.S. student loan borrowers have garnered more than $1.5 trillion in total debt, as the average cost of college has more than doubled since 1980, and it takes most students as long as 20 years to pay off that debt.

"Why did people feel inclined to take out student loans when they're seeing headlines of $1.5, $1.6, $1.7 trillion of student debt?" Arnold told Fox News. "A lot of parents and students view college as either this necessary right of passage to adulthood ... or it's the only way to gain vocational success or happiness, and so their decisions are made accordingly."

While graduates do not regret going to college, many former students – and their parents – do regret agreeing to pay such large tuition costs for their schools of choice rather than taking an alternative route, such as getting a community college education, Arnold found after interviewing 50 parents, students and former students from across the U.S.

The pandemic has forced many students to complete their academic requirements online, prompting questions of how their thousands of dollars in tuition for both educational and social experiences were being spent with students learning mostly or completely from home.

"When they were making these decisions, they weren’t purely from a financial perspective. They were based on other factors," the researcher said.

One mother told Arnold that while she is proud of her son and his education, she wishes he had gone to the University of Florida to save costs.

"[I]t still burns me. He would have gotten not only a full ride, but enough money to buy a car, to go back and forth from home, and to live in an apartment off-campus. They wanted him so badly and he could have gone to their honors college, which is very good," the mother told Arnold.

Another Boston University student who received a scholarship that covered the cost of her tuition took out $60,000 to $80,000 in private student loans for living expenses and is still paying them off, more than 20 years later.

"When it comes to the value of the education, the money I took out for that particular university [Boston University], I could have gotten at least as good of an education somewhere else," the former BU student told Arnold.

Other students who are still in school seemed "overly optimistic" that college would set them up for success and help them pay off their student debt in a reasonable amount of time, the researcher found.

Peniella Irakoze sits on campus during a break from her part-time job at Phoenix College Thursday, Jan. 28, 2021 in Phoenix. (AP Photo/Matt York)

"The people who were still paying off their loans said, ‘I wish I had taken on more work responsibilities or taken out fewer loans,’ or said, ‘I’m paying off loans, and I’m not sure if I’m seeing the benefits of my education now,’" Arnold said. "Whereas those who are in college right now are very optimistic. They’re very hopeful."

NAS President Peter Wood noted that the implementation of President Franklin Roosevelt’s 1944 GI Bill, which gave millions of former U.S. soldiers paths to higher education, partially led to today’s web of college-related financial crises. The bill inadvertently taught colleges and universities to take advantage of federal funds, laid the foundation for mass higher education and more administrative workers, and shaped the idea that a college education could lead to the American Dream.

Later, in 1947, President Harry Truman created the first Commission on Higher Education, which encouraged people to pursue a college education by seeking to increase financial assistance and double college enrollment by 1960.

"Students got an education, became parents and then advised their children to go to college," Arnold said. "I think it became this default choice [when] it didn’t matter if the price increases. We’re still going to college. We’re still going to send our kids there because that seems to be the guaranteed path to jobs [and] reputational success."

She added that in many ways, this is true because employers look for college education background on resumes, but said even that employer mentality comes from a past decision by the federal government.

After the 1971 Griggs vs. Duke Power Co. ruling, in which the Supreme Court found that employers could not use their aptitude tests or requirements for prospective employees after the practice was deemed discriminatory, businesses began using college education as a kind of proxy. Now, businesses regularly look at college education before considering candidates, prompting demand for higher education among job seekers.

"A lot of employers, in order to avoid these lawsuits, they turned to college degrees as a proxy for intelligence or aptitude," Arnold explained, adding that an "unintended consequence" of the ruling was that "parents and students viewed a college degree as the only path to success."

She added that there have to be "other ways" aside from a college degree to determine whether people are skilled enough to be hired and that the 1971 Supreme Court case should be revisited because "there isn’t a lot of flexibility for employers."

Not only do these young graduates face increasing regret over their school choices, but the debt they face after college also impacts their decisions to buy homes, get married and start families, Arnold found.

President Biden has expressed interest in forgiving student loan debt, saying during a Feb. 16 town hall that he was willing to write off $10,000 of student loan debt for qualifying Americans but that he would not align himself with more progressive proposals to forgive up to $50,000 in debt.

Arnold said this solution is just a bandage for the underlying issue at hand.

"I think debt forgiveness without higher education reform does not solve the root problem. It doesn’t address why students are taking out so many loans in the first place," she said, adding that even those who do not take out loans are still paying high tuition costs. "College costs have gone up, and income doesn’t really keep up with those costs.