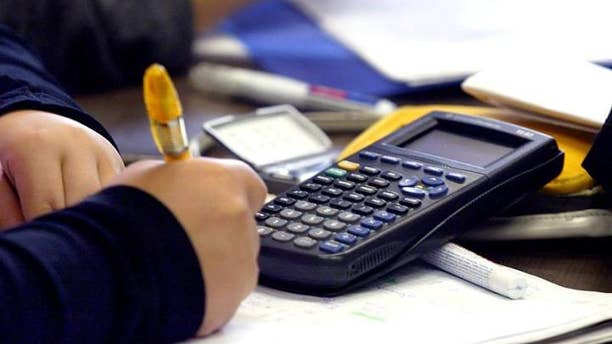 Many colleges now report a lack of resilience among students. (Patrick Seeger/AP Images)

The results of over a decade of nonstop hand-holding and helicopter parenting are boomeranging back to parents and educators.

Many college students are showing themselves incapable of accessing even basic internal coping skills. As a result, today’s colleges and universities are becoming equal parts psychologists, in absentia parents, and even academic scapegoats (when students don’t get the grades they thought they would, for example).

“The idea of fragility is now an overarching theme in kids,” said Lenore Skenazy, founder of FreeRangeKids.com. “This comes from a society that makes adults fear everything, and constantly tells them they are not doing enough and not worrying about enough, so they parent their kids accordingly.”

In the continuing infantilizing of America’s young people, colleges report having to warn kids when they are going to talk about something that might be mentally troubling in class, with a so-called “trigger warning.” That way, in theory, a past victim of abuse or violence would be warned when graphic or violent material might be coming their way.

At the University of California, Santa Barbara, the student government recently passed a resolution that makes these “trigger warnings” mandatory. The warnings include cautions professors must add to their course syllabi, specifying which lectures will include films, readings or discussions that might prompt feelings of emotional or physical distress.

Oberlin College in Ohio even takes it a step farther, issuing official trigger-warning guidelines for professors that sound almost like “a parody of political correctness,” the Los Angeles Times said.

“Triggers are not only relevant to sexual misconduct but also to anything that might cause trauma,” these guidelines read in part.

This isn’t that surprising, considering what is regularly happening: Students are swarming their campus counseling offices for once-trivial life occurrences, such as being made to feel bad by another student. In one “funny-if-it-weren’t-so-sad” case, two students saw a mouse, dialed 911, and then sought counseling for the resulting trauma — an apparent case of rodent PTSD.

In the stampede to campus counseling offices, student also complain of anxiety over multiple issues.

“The mental health common cold for this generation of students is anxiety disorder, whereas for previous generations it was depression,” Kip Alishio, director of student counseling at Miami University, told USA Today.

What is happening to the youth of America? Why are they turning to Jell-O when faced with the slightest bump in the road?

“Students haven’t developed the skills to soothe themselves, because their parents have solved all their problems and removed obstacles. They don’t seem to have as much grit as previous generations,” Dan Jones, a past president for the Association for University and College Counseling Center Directors, wrote in The Chronicle of Higher Education.

Another troubling emergence in the psychology of today’s young adults is their fear of learning the lessons that failure offers. Failure, for young America and their parents, is the new taboo.

“I see an unwillingness in myself to let my sons fail, and I have to fight it,” one Boston dad told LifeZette. “You are swimming against the tide; everyone is smoothing the way for their kids. We’ve forgotten that failure is a spectacular teacher.”

Another mom from New York weighed in: “I don’t show confidence in my daughter’s capabilities when I constantly check in. I feel bad; her first year of independence at college was a bumpy one, and I was partly to blame. As a single parent, I was too involved in her every move.”

These major mental meltdowns impact college teachers, too. In a Psychology Today blog post entitled “Declining Student Resilience,” Boston College professor and author Peter Gray wrote, “Faculty at the meetings (of counselors) noted that students’ emotional fragility has become a serious problem when it comes to grading. Some said they had grown afraid to give low grades for poor performance, because of the subsequent emotional crises they would have to deal with in their offices.”

Chinua Achebe’s celebrated novel “Things Fall Apart” is listed by Oberlin College in Ohio as a possible “trigger” book because of its themes of colonialism, racism, and religious prejudice, the Los Angeles Times reported. At Rutgers, an op-ed in the student paper suggested that the study of “The Great Gatsby” should require trigger warnings about violence and gore, Gray’s blog post noted.

A world without F. Scott Fitzgerald because students can’t handle imagery created in the 1920s? The revolving rotors of helicopter parenting are now scattering the benefits of great literary works like fallen autumn leaves.

A report drafted by a subcommittee of the American Association of University Professors and posted on its website begins, “A current threat to academic freedom in the classroom comes from a demand that teachers provide warnings in advance if assigned material contains anything that might trigger difficult emotional responses for students. This follows from earlier calls not to offend students’ sensibilities by introducing material that challenges their values and beliefs.”

It’s time that parents, after the proper guidance when their kids are young, to allow their kids to use their burgeoning capabilities in age-appropriate ways.

“We need to let go of constant hovering, and allow kids have independent experiences,” Skenazy said. “We need to resist the urge for omniscience in our children’s lives.”

Our Kids are Hyped Up: More are diagnosed with ADHD, and earlier than ever

Dangerous Halloween Decor: How to keep a silly-scary time safe

‘I Felt More Joy than Pain’: After Down syndrome news, this mom got to the other side

The Science of Being a Dad