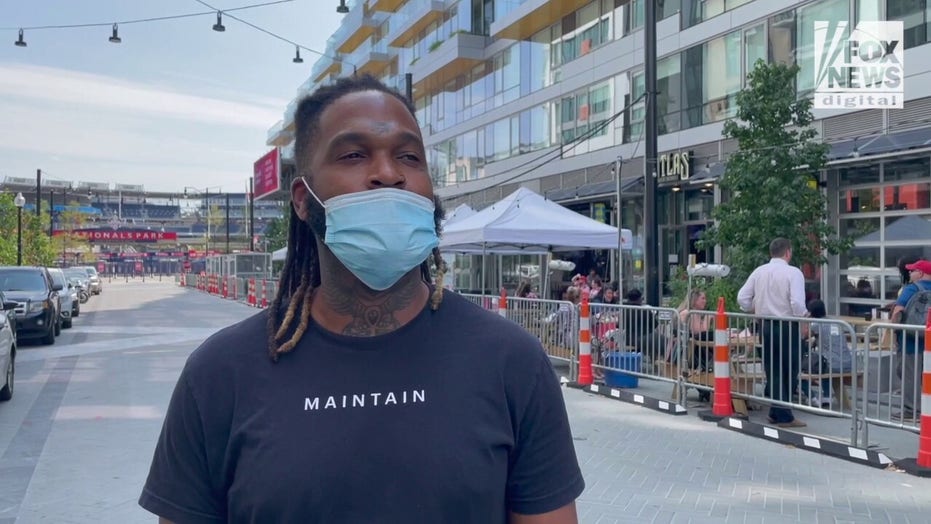 Americans speak out about crime

After weeks of several high-profile shootings, including one outside of the Washington Nationals' ballpark that sent players and fans running for their lives, Fox News spoke with several tourists and DC residents in the nation's capital to get their thoughts on crime and what can be done to fix it.

Cedric Carter, who was visiting the Lincoln Memorial from Los Angeles, told Fox News he doesn’t "know about that much crime."

"It is hard to say, I don't know about that much crime, even though I'm from a city that's full of crime. I try to stay indoors," said Carter.

TJ Dashner, a D.C. resident, said the fix for rising crime is simple.

"Increase police presence. Increase funding for police, if we are being completely honest," said Dashner.

Gean Sotlo said he thinks a lack of respect for law enforcement after the social unrest last summer could be part of the problem.

"I think it is just a general disrespect for law and order after last summer. I don't know what you can do. I mean, maybe, make a statement to back the police more," said Sotlo.

Over the weekend the city of Chicago, which has some of the nation's strictest gun laws, saw 70 residents shot and another 12 murders, according to the city’s police department.

Terry Saltus, a D.C. resident, said crime and the economy are linked and keeping the youth "occupied" is one way to stem criminal activity.

"Fixing crime is an economy problem," said Saltus, who told Fox News he recently had his car stolen. "Most crimes are committed by the youth. So, you got to aim for the youth and keep them occupied in a way you can learn some skills, or learn some type of business."

According to a report, the murder rate in many American cities surged last year compared to 2019.