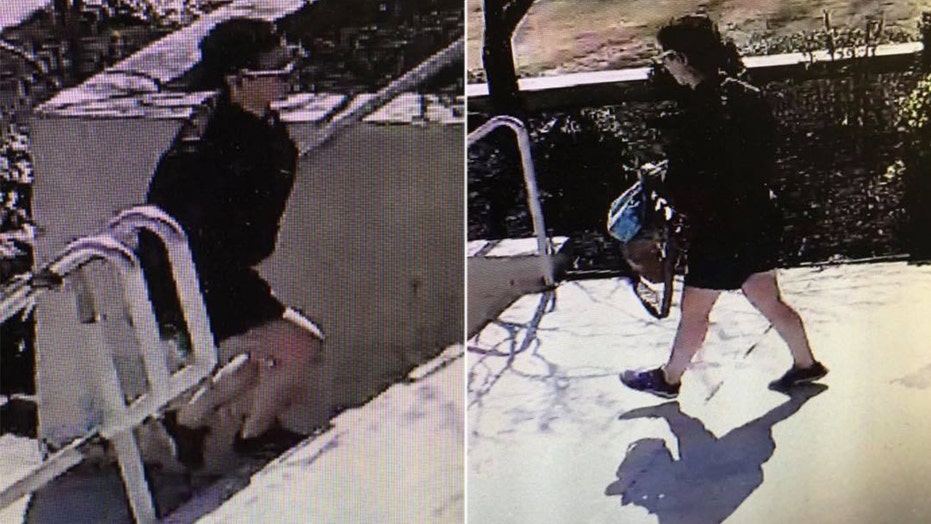 An altar server's bag was stolen from a church during mass in New Jersey last month — a crime that police have described as "a new low."

An altar server's bag, which contained "several valuable items," was taken, and the thief fled the scene.

Investigators released surveillance images that appear to show the person, who was wearing a dark coat and dark shorts, with white sunglasses. The person also appears to have a large brown tattoo on the front of their right calf.

Anyone with information on the incident is urged to contact Det. Fred Volpe at 856-589-0330 or at fjvolpe@pd.twp.washington.nj.us.