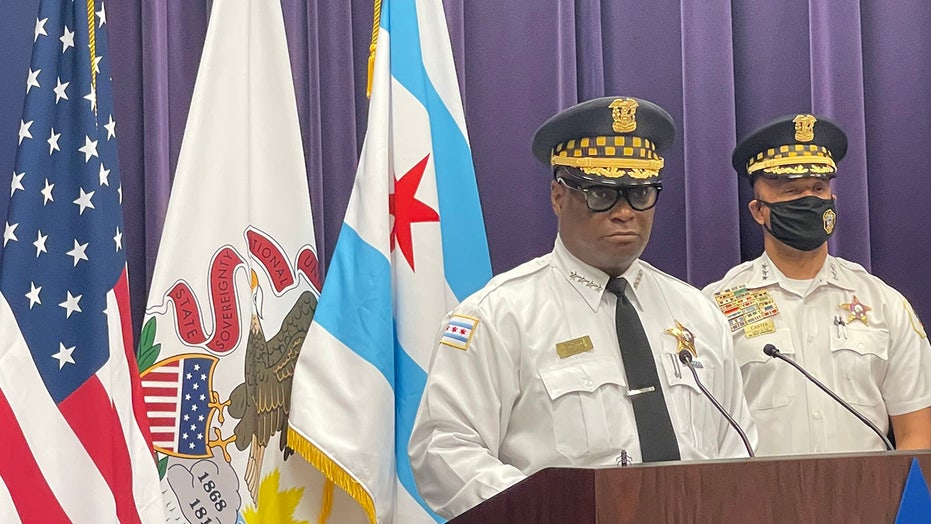 At least 5 people were killed and 50 others were injured in shootings across Chicago this weekend, according to authorities.

Chicago police said one man was killed and another was wounded early Sunday in a shooting in the city's Near West Side.

The two men – ages 30 and 36 – were outside around 2:56 a.m. when they were hit, Chicago's WBBM-TV reported. The 30-year-old was pronounced dead after being shot multiple times in the chest and abdomen. The other man was shot once in the chest and was listed in serious condition.

About three hours earlier, a 32-year-old man was killed in a shooting in the South Shore. The victim was outside around 12:20 a.m. when someone shot him multiple times in the chest and abdomen. He was pronounced dead at a local medical center.

On Saturday night, one person was killed and two others were wounded in a shooting in West Pullman on Chicago's Far South Side.

The three victims were shot around 10:15 p.m. while standing near several people who were having an argument, according to the station.

Another fatal shooting was reported at about 9:25 a.m. Saturday, when a man, 27, was struck by gunfire in East Garfield Park on the West Side.

The Chicago Sun-Times reported the victim, Demarcus Reed, was shot in the head and the buttocks. He was pronounced dead at the scene, police said.

At least four other people were injured Saturday morning after a gunman opened fire at a crowd gathered at a park on the South Side.

The 1:30 a.m. shooting at Jackson Park left each victim hospitalized at the University of Chicago Medical Center.

The weekend violence started Friday evening with 11 people injured in shootings across Chicago.

Last weekend, at least 70 people were shot in the city and 12 were killed.