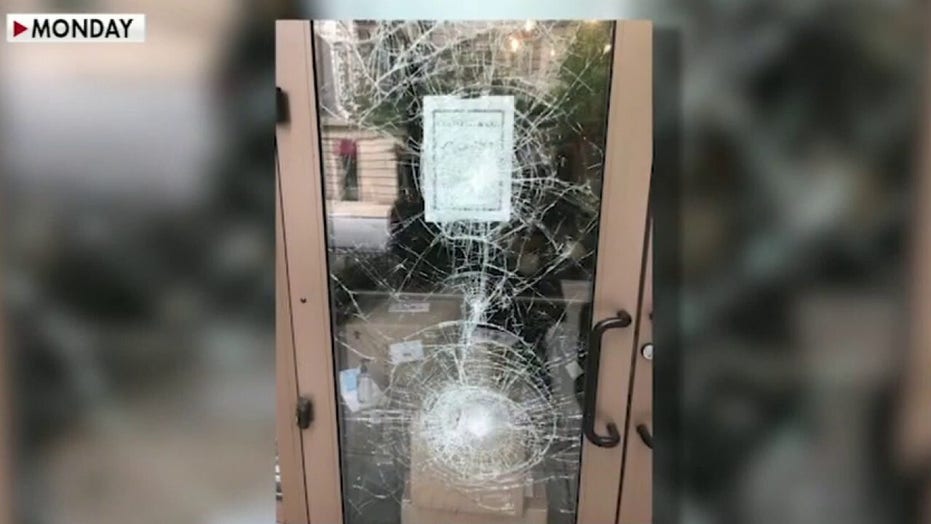 Dianne Crosell weighs the options available to protect her livelihood.

At least 42 people have been charged with felonies following the widespread looting and unrest in Chicago this week, according to Cook County State's Attorney Kim Foxx on Thursday.

Foxx said in a statement that her office is "ready and available" to review these cases and charge suspects "when appropriate."

The charges include 28 for burglary and looting, six for gun possession, five for aggravated battery or resisting a police officer, and one each for theft and criminal damage to property, the office said. The most serious charge tied to the looting was attempted murder.

Yogi Dalal hugs his daughter Jigisha as his other daughter Kajal, left, bows her head at the family food and liquor store Monday, Aug. 10, 2020, after the family business was vandalized in Chicago. (AP Photo/Charles Rex Arbogast)

Latrell Allen, 20, was charged with attempted murder Monday after firing on officers, according to Chicago police.

The unrest that started late Sunday stemmed from a video posted on Facebook that falsely claimed police shot and killed a 15-year-old boy, the Chicago-Sun-Times reported.

City officials had urged Foxx to hold more than 100 of those arrested accountable.

Mayor Lori Lightfoot and Chicago Police Superintendent David Brown pointed the blame to Foxx earlier this week. Brown suggested that because so few were hit with serious charges during the previous looting in late May and early June, it caused more to do the same, Fox 32 Chicago reported.

“Criminals took to the streets with confidence that there would be no consequences for their actions and I, for one, refuse to allow these cowardly acts to hold our city hostage,” Brown said after the shooting. “CPD will not stand by as our beautiful downtown becomes someplace that people fear.”

Foxx, however, denied claims that the looting was fueled by the lack of prosecution.

“The notion that people believe they are somehow empowered because people weren't prosecuted for looting back in the wake of the unrest beginning is simply not true. Those cases are coming to court now,” Foxx said, according to the station.

Her office on Thursday didn't immediately have information about misdemeanors related to the looting. In one case where her office declined to file felony charges, detectives "concurred with not charging a felony," according to the release.