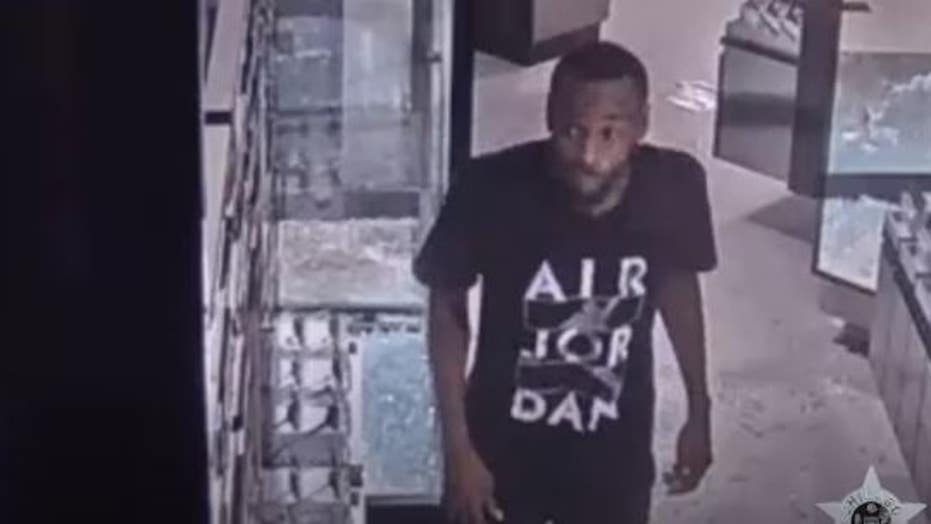 Chicago police are seeking two suspects who were captured on surveillance footage early Monday appearing to break into a Sunglass Hut store in Chicago.

The apparent looting was recorded between 2 and 4:10 a.m. at 900 N. Michigan Ave., a multistory city mall, police said.

Video released to the public showed the first suspect appearing to smash through the glass entrance with a hammer just before 2:30 a.m. Wearing a coronavirus face mask, he walked up and down the front aisle, grabbing sunglasses off the shelf and putting them into a blue bag.

A second suspect was seen entering the store after 4 a.m. wearing casual attire and no mask. Surveillance footage showed him grabbing a handful of boxes from drawers before he escaped.

On Thursday, Chicago police appealed to the general public for help in identifying the suspects.

Anyone with information on the burglary is being asked to call Area 3 Looting Task Force.