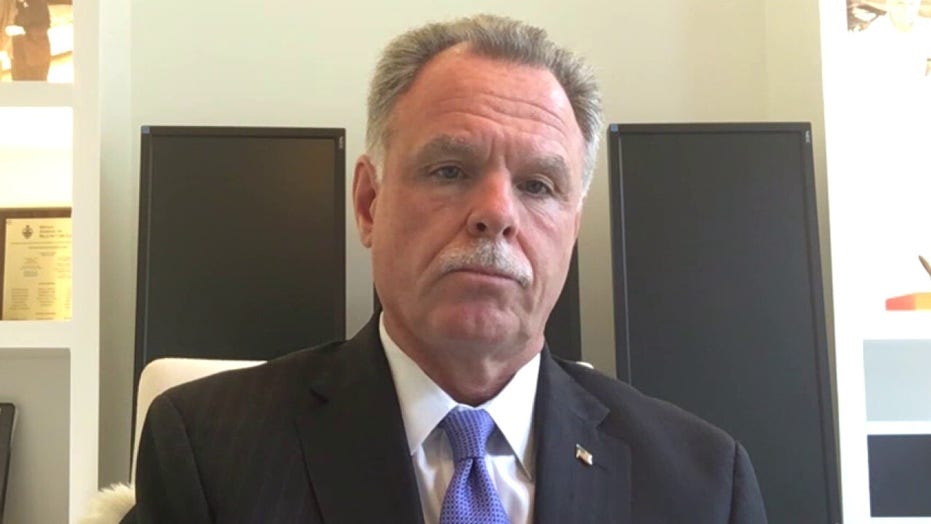 Garry McCarthy weighs in on the rushed sendoff of fallen officer Ella French on 'The Story.'

Chicago's top cop on Wednesday delivered harsh criticism to a judge for allowing the suspect accused of supplying the gun used in the murder of slain officer Ella French to "walk free," arguing that the criminal justice system must no longer do a "disservice" to her memory and to the thousands of law enforcement members working around the clock to battle gun violence "plaguing our communities."

"To say that I am extremely disappointed in U.S Magistrate Judge Jeffrey Gilbert’s decision to release Jamel Danzy on an unsecured bond today is an understatement," Chicago Police Superintendent David Brown said in a blistering written criticism of the court on Wednesday. "It is an outrage."

Federal prosecutors accuse 29-year-old Danzy, of Indiana, of being the alleged "straw purchaser" of the semiautomatic handgun used to fatally shoot 29-year-old French once in the head and critically wound her partner, a 39-year-old male officer, during an Aug. 7 traffic stop at 63rd Street and Bell Avenue.

The Honda CR-V stopped was registered to Danzy, according to a criminal complaint, but he was not inside the vehicle at the time of the shooting and was arrested later, the Chicago Sun Times reported.

During a federal detention hearing Wednesday, Gilbert set Danzy’s bond at $4,500. He was released under court supervision and warned to have no contact with Eric Morgan, who along with his brother, Monty Morgan, is facing charges in state court in connection to French’s death.

"This decision sets a dangerous precedent that straw purchasers like Danzy are not a danger to society, despite the fact that his alleged actions directly led to the murder of a Chicago Police Officer and left another in critical condition," Brown continued. "The outrageous abundance of illegal firearms in our city and our nation is a major factor driving the violence that is continually cutting short the lives of our loved ones and fellow human beings."

"The role of the justice system, particularly that of federal prosecutors and judges is more important than ever, and by allowing Mr. Danzy to walk free the court has done a disservice to Officer French’s memory, to the entire Chicago Police Department, and to the thousands of men and women across the country who work around the clock, day in and day out to stem the violence that is plaguing our communities," the superintendent said.

Danzy is accused of buying the weapon from a licensed gun dealer in Hammond, Ind., on March 18 and providing it to an Illinois resident who he knew could neither buy nor possess guns because of a felony conviction. He was arrested Sunday and charged with conspiracy to violate federal firearm laws.