More than three times more kids have died from gun violence on Chicago’s streets than during the same time in 2020, as a local community leader lamented that "our children are becoming extinct," according to a recent report.

The Chicago Sun-Times analyzed this year’s crime statistics and found that the rate at which children are being fatally shot is three times higher than it was during the same period in 2020.

Gun violence has claimed the lives of 10 kids, age 15 and under, so far in 2021, compared to the three reported year-over-year, the outlet reported, citing its crime records. This year’s shooting statistics show more children have already been mortally wounded than in 2019 as a whole, according to the Sun-Times.

"I don’t understand how we are not as a city absolutely outraged," Rev. Michael Pfleger of St. Sabina Church in Auburn Gresham told the Sun-Times. "Our children are becoming extinct." 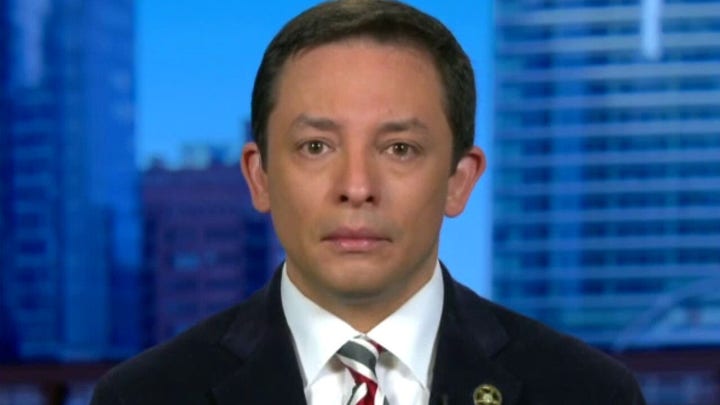 One of those victims, an 11-year-old girl was struck once in the lower back during a drive-by shooting around 9 p.m. on Sunday, police said. Witnesses told officers "they saw an unidentified occupant fire several shots from a red vehicle," police said.

That same day, a 15-year-old boy was standing outside on South Evans Avenue in the city’s Burnside neighborhood when he was shot once in his lower leg, police said, police said. The only details provided by police about the shooting was that the victim said he "heard several shots and felt pain."

The Chicago Police Department said Monday that 55 people were wounded in 41 shootings citywide from 6 p.m. Friday through Sunday. Five people were murdered.

Those shooting victims included eight people who were standing on a street corner when they were wounded early Sunday as occupants of a passing vehicle opened fire.

Police Superintendent David Brown told reporters Monday that homicides are up 5% this year compared with this time last year and shootings are up 17%. But he insisted that violent crime is "trending in a downward direction" in "fits and starts."

Chicago saw a drop in homicides in May compared with the same month last year and it ended with fewer killings than any Memorial Day weekend in a decade.