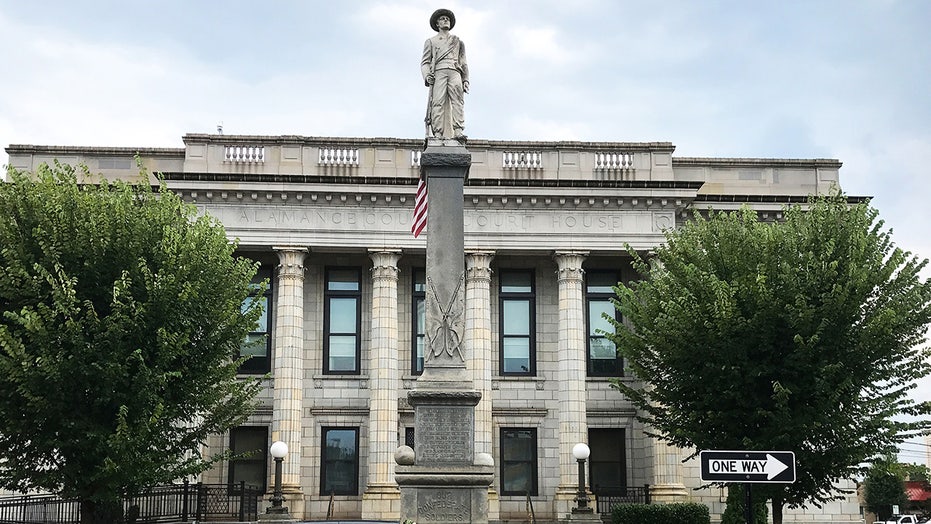 RICHMOND, Va. (AP) -- Virginia's highest court ruled Thursday that the city of can take down two statues of Confederate generals, including one of Robert E. Lee that became the focus of a violent White nationalist rally in 2017.

The state Supreme Court overturned a Circuit Court decision in favor of a group of residents who sued to block the city from taking down the Lee statue and a nearby monument to fellow Gen. Thomas J. "Stonewall" Jackson. Charlottesville's city council voted to remove both.

White supremacist and neo-Nazi organizers of the August 2017 "Unite the Right" rally in Charlottesville said they went to the city to defend the statue of Lee. They clashed with counterprotesters before a man plowed his car into a crowd of people, killing a woman. The Jackson statue was erected in Jackson Park in 1921 and the Lee statue was erected in Lee Park in 1924.

A statue of Robert E. Lee, in Charlottesville, Virginia, in 2018. (REUTERS/Brian Snyder, File)

In Thursday's decision, State Supreme Court Justice Bernard Goodwyn said both statues were erected long before the passage of a law regulating the "disturbance of or interference with" war memorials or monuments.

"In other words, (the law) did not provide the authority for the City to erect the Statues, and it does not prohibit the City from disturbing or interfering with them," Goodwyn wrote.