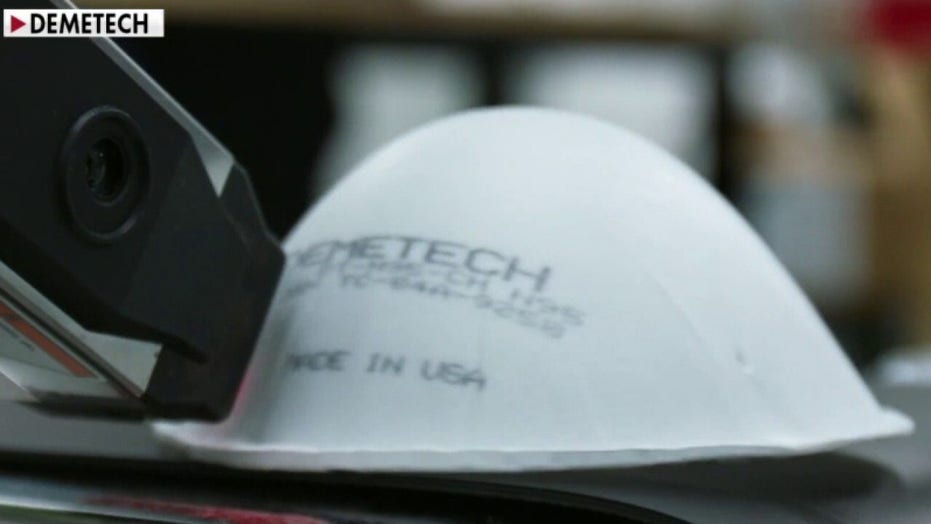 DemeTECH Vice President Luis Arguello Jr. discusses why his company is having difficulty selling its masks.

The agency said the shipment had an estimated manufacturer’s suggested retail price of nearly $350,000 and originated in China.

A shipment of counterfeit N95 masks in Houston. (CBP)

The shipment arrived at Houston Seaport on April 7, CBP said. Officers examined the shipment and found some 171,460 masks with the National Institute for Occupational Safety and Health logo on the boxes. The officers called the trademark holder who told them that the shipment was not licensed, which indicated that it was counterfeit.

The masks were then turned over to CBP’s Fines, Penalties and Forfeitures office for disposition.

"Counterfeit goods not only hurt the competitiveness of U.S. manufacturers, but they also pose substantial health and safety hazards for American consumers," Houston CBP Port Director Roderick Hudson said in a statement. "In this instance, these counterfeit N95 respirators may not be effective at filtering airborne particles."

The counterfeit mask seizure comes as personal protective equipment still remains high amind the lingering COVID pandemic. The agency says it seized approximately 18 million counterfeit masks in the first three months of 2021 – well above the 12 million that the agency seized for all of fiscal year 2020 and a mere 1,300 in fiscal year 2019.

In the Houston area of operations alone, the agency seized more than 2 million counterfeit PPE masks between January and March of this year, a significant jump from the 365,000 seized for all of 2020.

Fox News has reached out to CBP seeking additional information on the import of counterfeit masks and how the agency is alerted to them.