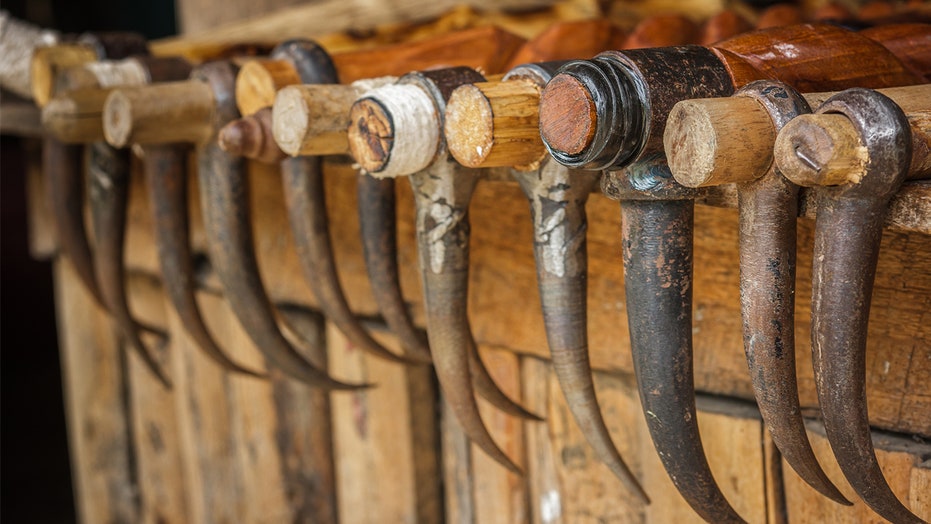 The Monterey Zoo in California is facing a new lawsuit over the alleged use of banned prods on elephants at its facility and unsafe handling that could endanger zookeepers.

The Monterey Zoo is also allegedly the only facility in the state that uses “circus-style, free contact” training – which places trainers in the same space as their elephants and uses negative reinforcements, like using bullhooks, to control behavior.

That system can put handlers at risk. In June 2018, a Monterey zookeeper suffered a broken back and ankle after getting trampled by an animal.

"Even following this incident, defendants continue to use canes to control the remaining elephants," the lawsuit alleges.

Charlie Sammut, the zoo's president and founder, described the lawsuit as "completely fabricated and false allegations."

In a statement, he said that the zoo had never been found noncompliant by inspectors from the U.S. Department of Agriculture or the California Department of Fish and Wildlife. And he issued an invitation for People for the Ethical Treatment of Animals (PETA), which filed the lawsuit, to send represenatives to the facility for an in-person look.

"Upon completing their investigations in July of 2020, both USDA and [Fish and Wildlife] found all of PETA’s allegations to be false completely exonerating our zoo," Sammut said. "Both agencies authorized our zoo to continue the treatment of our elephants as we always have."

Other facilities place a barrier between the animals and the trainers, and reward good behavior with positive reinforcement instead.

California halted the use of bullhooks and similar items on captive elephants in 2018. (Stock image)

California halted the use of bullhooks and similar items on captive elephants in 2018, court documents show.

They are devices “resembling a fireplace poker with a sharp hook on one end” used to intimidate or coerce elephants into following their trainer’s commands, according to PETA. The zoo is accused of using L-shaped canes that resemble the hooks enough to instill fear in the animals, instruments that are also subject to the state's ban.

The zoo is among seven that house elephants in California – but the only one that uses bullhooks or similar substitutes, the lawsuit says. Some, including the Oakland Zoo, voluntarily ended their use of hooks decades ago.

"PETA is asking the court to stop this facility from breaking the law at elephants' and workers' expense," said Rachel Mathews, an attorney for the group.

The lawsuit is also seeking an injunction that would block the zoo and Sammut from possessing elephants and force the ones currently there to be transferred to a sanctuary.

Sammut said surrendering the remaining animals "would have an extremely negative, if not fatal impact on the elephants we care so very much about."

State investigators visited the property after earlier allegations of neglect following the deaths of two elephants, both around 50 years old, at the zoo in 2019, the Californian reported -- one of which was involved in the trampling incident.

The USDA and California wildlife inspectors “exonerated us” after the visit, Sammut said. But the zoo was, however, cited by the California Division of Occupational Safety and Health in connection with the zookeeper's injuries.

There are now just two elephants left at Monterey, Butch and Buffy. Of those, only one is handled in the free contact system, according to Sammut.

"We believe PETA is just pursuing a philosophical issue that has no basis in reality and using these difficult pandemic times as a weapon to do so," he said -- arguing that the lawsuit, which comes during a stark economic downturn, amounts to "a terrorizing tactic."

"We feel very confident that the Monterey County Courts will see this appalling/terrorizing tactic for exactly what it is and dismiss the effort immediately," he said.

Sammut is a former law enforcement officer who got into the zoo business partly by chance and partly through a passion for wildlife according to the zoo’s website.

He adopted his first exotic animal while working as a police officer as a young man. During an arrest, the suspect told him about a pet cougar in his garage that “would now be in need of a new home.” So he took it in. Then he expanded to more animals and trained some of them for use in films and TV shows.

Now he operates the zoo and the Vision Quest Ranch, which includes an on-site “Safari Bed & Breakfast” that invites visitors to eat breakfast with the elephants.