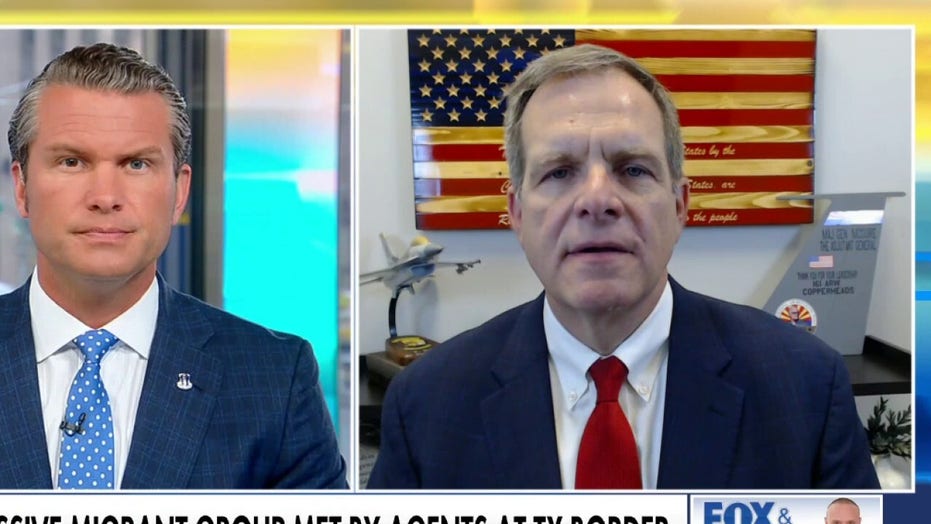 Arizona Republican Michael McGuire, who is running for the U.S. Senate, claims Biden is 'derelict in his duties' on southern border

There has been a 185% increase in migrant rescues in the Southern California wilderness, according to U.S. Customs and Border Patrol.

Across the entire Southwest Border, CBP agents have rescued 9,192 individuals as of June 2021 compared to 5,071 individuals in June of 2020, according to CBP data.

"Cartels often abandon people in the southwest desert," CBP Public Affairs Officer Landon Hutchens told Fox News. "They don’t care about the people they’re smuggling. They're in the business of death." Hutchens confirmed that there has been about a 185% increase in rescues in the El Centro Sector.

Hundreds of migrants have attempted to cross into the United States from Mexico in the Imperial Valley — about 100 miles outside San Diego — so far this year, according to border news website Border Report.

Border Patrol's El Centro Sector is responsible for about 70 miles of international border in the area, according to the Customs and Border Patrol website.

A mounted detachment of the U.S. Border Patrol is seen along the wall during U.S. Department of Homeland Security Secretary Kirstjen Nielsen's visit to the El Centro Sector in Calexico, California, in 2018. REUTERS/Earnie Grafton

"Currently, we’ve had 240 rescues compared to last year, when we had 84. That’s an increase of 185[%]," Border Patrol Agent John Mendoza told the outlet. "Don’t cross. It’s not worth putting your life in danger. Not only your life, but agents that are performing those rescues."

The area consists mainly of desert mountain terrain and can exceed temperatures of 100 degrees Fahrenheit.

Deaths are up, too; 31 migrants have died in their attempt to cross the border. Seven of those 31 lost their lives in the All American Canal — a waterway that flows between Mexico and the Imperial Valley area, the outlet reported.

By comparison, 19 migrants have died attempting to come into the U.S. in El Paso so far this year, according to Hutchens.

On June 21 alone, El Centro Sector Border Patrol agents rescued 14 undocumented individuals who got lost in the Jacumba Wilderness region of the California mountains, CBP reported at the time. Two days prior, agents rescued a woman from drowning in the All-American Canal.

The border patrol agent pointed to smugglers as part of the issue, saying, "They don’t care about the migrants, focusing on profits instead."

"They couldn’t care less about the people’s lives — the people they are putting across the border," he said.