A California high school teacher and volunteer search-and-rescue worker – who was separated from his partner Saturday afternoon while looking for a missing hiker – was found dead on the side of a mountain in San Bernardino County near the eastern border of Los Angeles, officials confirmed.

The rescue worker, Timothy Staples, 32, was reported missing after he and his partner on the San Bernardino Sheriff’s Department Search and Rescue team became separated Saturday afternoon on Mount Baldy, a peak in Southern California’s San Gabriel Mountains, the sheriff’s office said. An air search discovered Staples unresponsive on ice and snow. A medic was lowered and determined Staples was dead. The circumstances surrounding his death remained under investigation, the department said.

“Our search and rescue volunteers give us themselves and their time selflessly to try to rescue folks that have become lost. And this is an example of what they are willing to give,” San Bernardino County Sheriff John McMahon said at a news conference Saturday evening.

Staples was one of 126 people working in 23 teams combing Mount Baldy in search of Sree Mokkapati, 52, of Irvine, Calif., who has been missing since Dec. 8. Search-and-rescue crews were recalled from the mountain Saturday after the rescue worker’s death and search operations were being re-evaluated, the department said.

Last weekend, Mokkapati, whose family says he is an experienced hiker, set out to scale Mount Baldy with a group of friends. The friends told authorities Mokkapati decided to leave the group behind and continue on to the summit alone when they wanted to turn back. They said they contacted police after he failed to return to his car later that afternoon, Los Angeles’ KCBS-TV reported. 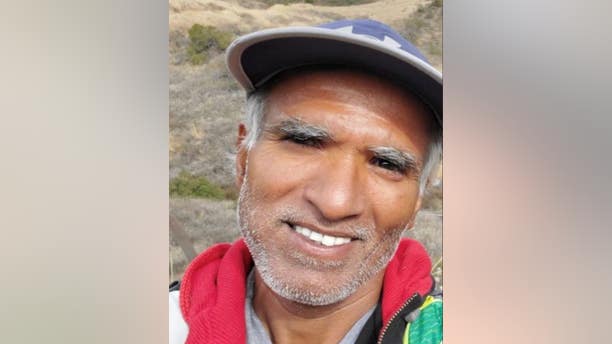 Staples had volunteered with the department’s search-and-rescue team for nine years and was a new teacher at Damien High School, the same Catholic high school from which he graduated from in 2006, Los Angeles’ KTLA-TV reported. He recently got married and coached track and field, the school said in a statement.

"Our school will have a crisis intervention team of clergy and professionals trained to help with the needs of students, parents, and school personnel," the statement said.

"We are deeply saddened by this loss and will make every effort to support our students, faculty, and alumni during this difficult time," it continued. "We ask that our Spartan families and extended school community come together in prayer and support for Mr. Staples’ family."