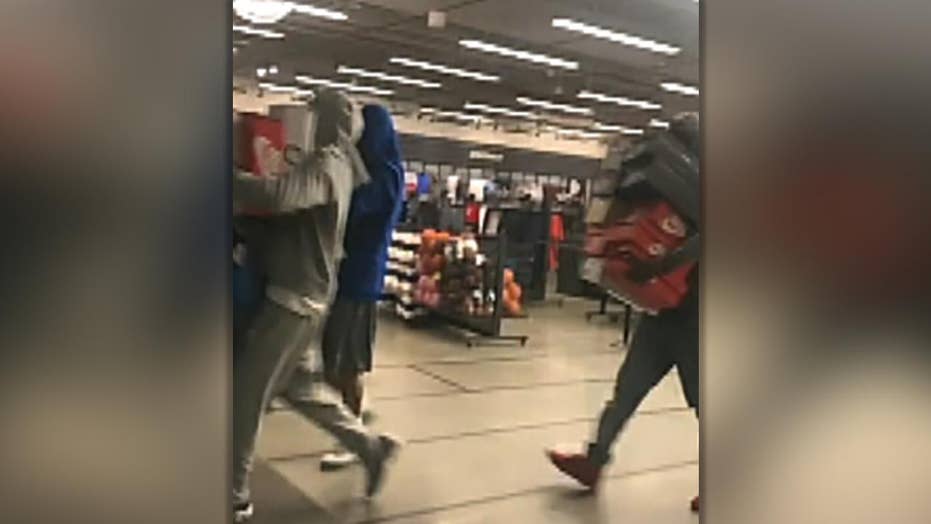 Raw video: Cellphone video captures five men leaving Nike store carrying merchandise they had not paid for. The Nike store in Redlands, Calif. has been robbed before. Police are unsure if crimes are connected.

A group of men in California brazenly stole from a Nike store on Monday — simply walking out with shoes and apparel by the box load.

The group of at least five men were at the Nike Factory Store at the Mountain Grove Shopping Center in Redlands around 8:30 p.m. when they took off, police said.

The shameless thieves appeared unfazed as they took armfuls of merchandise and walked straight through the front doors as metal detectors sounded alarms. A customer inside the store who filmed the incident told KTLA the group "knew exactly where they were going." 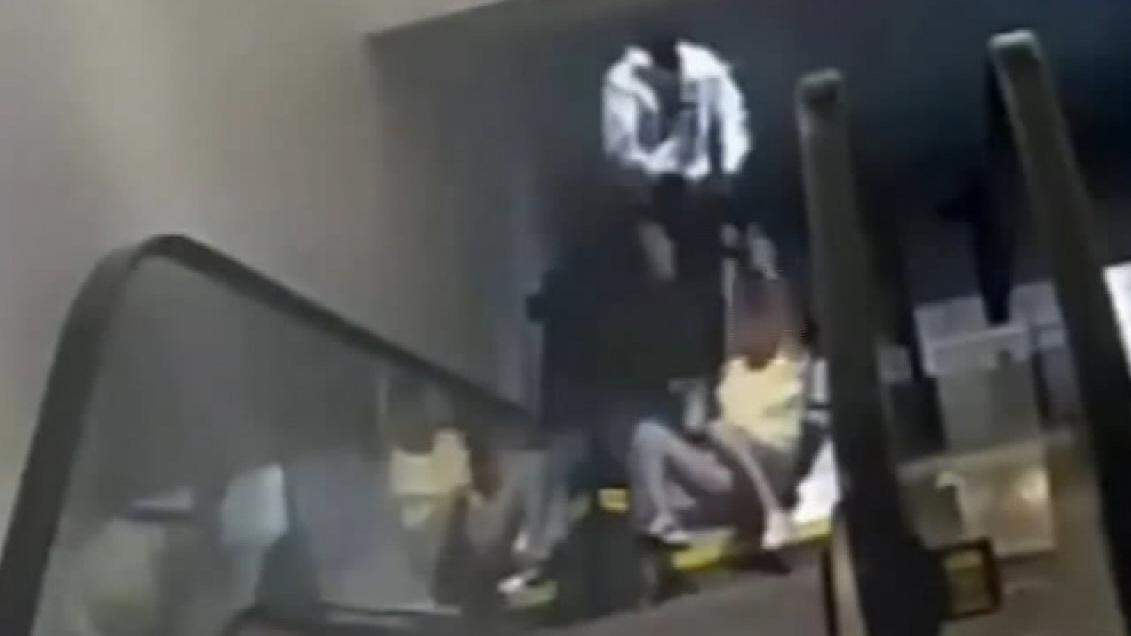 Once they made it out of the store, the group hauled the merchandise into an SUV and fled the scene, according to KABC.

Witnesses told investigators the theft happened within minutes. Authorities said the Nike Factory Store has been hit by robbers several times before, but it was unclear to them whether the thefts were connected.

Nike employees reportedly said they're not allowed to intervene in such situations, and instead called police.

Anyone with information on this incident is urged to contact the Redlands Police Department at 909-798-7681.