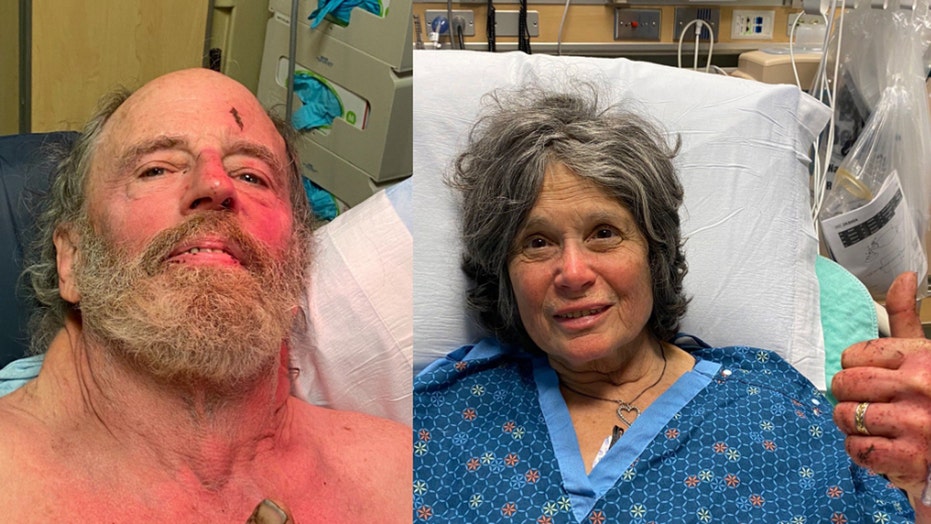 A couple missing for over a week in Northern California were found alive on Saturday morning by rescuers who had given up hope of finding them alive.

The Marin County Sheriff's Office said at a news conference that Carol Kiparsky, 77, and Ian Irwin, 72, were found around 10 a.m. on Saturday in "very dense drainage [ditch] that was overgrown with foliage" near Tomales Bay, a narrow inlet about 30 miles north of San Francisco.

The couple, from Palo Alto, was last seen Valentine's Day, at their Airbnb rented cottage near Inverness, a town at the foot of the bay. The couple never checked out the next day as planned and failed to show up for an appointment on Feb. 16, which sheriff's officials said was highly out of character for them.

When housekeepers went to the cottage to clean up, they found the couple's phones and wallets in addition to their vehicle parked outside the rental home.

"[They] left for a hike on Valentine's, got lost at dark, and don't know what happened," Schneider told reporters on Saturday.

The couple, who were unprepared for a long hike, were wearing lightweight clothing and had no food as night temperatures fell into the 30s.

"The reason they were most likely alive was because they were drinking from a puddle that they found near where they were located," Schneider said.

At some point, the couple may have fallen and Kiparsky attempted to find help alone. She tied parts of her scarf to branches in order to get back to her partner, Schneider said.

“They thought this was the end for them," he told reporters.

Sheriff's officials and a volunteer team had combed the woods and waters around Inverness for several days with the help of drones, dive teams and boats equipped with radar and sonar. On Thursday, they shifted the operation to a “recovery mission” when they received four independent alerts from cadaver dogs around Shell Beach, about 2 miles from the cottage, and felt they had exhausted all possible leads.

“We believe that our extensive search efforts with every resource that has been available to us would have located Carol and Ian if they were responsive or in an area accessible by foot on land,” the sheriff's office said in a press release.

The area where officials were searching on Saturday was a new location and considered to be an implausible spot to find the missing couple.

"It doesn't seem they would have made it much farther because of how dense the vegetation is," Schneider said Saturday.

"We were breaking through the bushes," Webster said at a news conference. "It took a long time to move a short distance."

As they approached, the two rescuers said they heard someone yelling "help" and then came across Irwin and Kiparsky, who said they were "very cold."

"When they were found, they were very appreciative. Ian started singing when the helicopter arrived on scene," Schneider said.

The couple was airlifted to a hospital for treatment of hypothermia and were "doing OK," according to the sheriff's office.

Ian Irwin can be seen being airlifted out of a wooded area in Northern California on Saturday. (Sonoma Sheriff)

Authorities told KTVU that the couple was alert and talking. Schneider estimates that 400-500 people participated in the search-and-rescue operation over the past week.

Irwin is a leading Parkinson’s disease researcher. He was a chemist on the team that originally identified an agent responsible for the outbreak of Parkinsonism among heroin addicts in 1982, according to the newspaper.

Kiparsky is a prominent linguist and author of several books on language, including 1975's “The Gooficon: A Repair Manual for English."