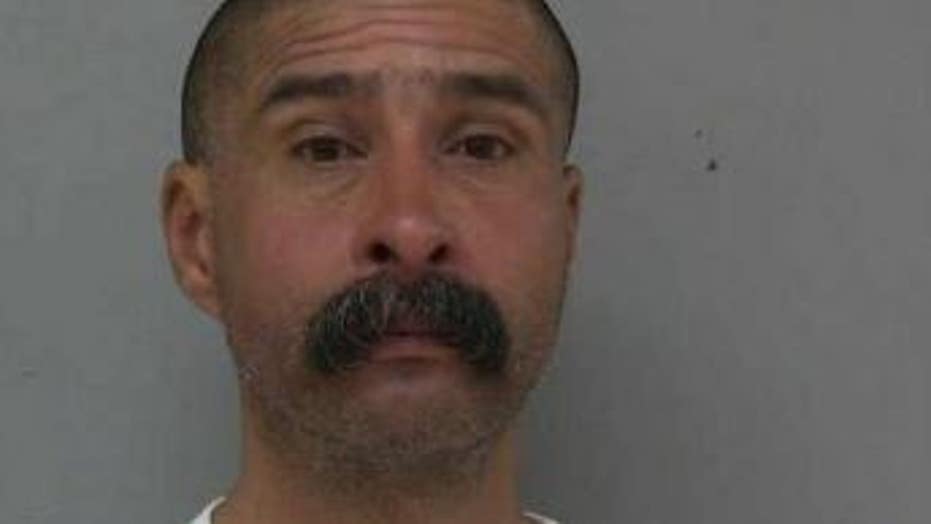 A California man was arrested Friday for allegedly murdering a homeless woman who was trying to find a place to sleep, police say.

Carlos Urias, 49, was charged with murder in the death of 41-year-old Joanna Otero, Fresno’s Fox 26 reported.

He was booked into the Madera County Department of Corrections on Friday night, the report said.

Carlos Urias was accused of killing a homeless woman who was trying to find a place to sleep, police said. (Madera County Department of Corrections)

Police in Madera responded to a call around 11:50 p.m. Monday regarding an injured person in the area of 4th and G Street. They said they found Otero with injuries indicating an assault.

HOMELESSNESS CRISIS: FROM HOUSEBOATS TO BOULDERS, UNCONVENTIONAL METHODS USED TO TACKLED PROBLEM IN 2019

Otero later died from her injuries, the Modesto Bee reported. Police said Otero likely was looking for a place to sleep when the attack unfolded.

Police combed through surveillance footage from businesses in the area of the assault to identity Urias as a suspect. He was spotted Friday while walking in an area of Yosemite and B Street and arrested for murder, Fox 26 reported.

“The arrest of Carlos does not replace the loss of Joanne Otero, but we hope his arrest starts the process of healing for the family and the community,” a spokesperson for the Madera Police Department said in a statement.

Madera, in central California, is about 165 miles southeast of San Francisco.