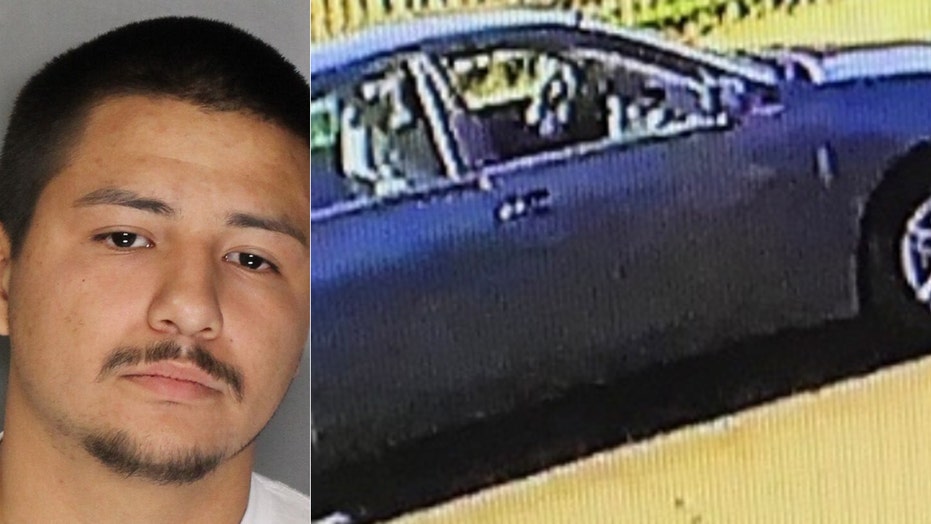 California cops arrested a man Saturday after he allegedly exposed himself before trying to kidnap a teenage girl on her way to school last week.

The Sacramento Police Department said in a news release that 20-year-old Joseph Dumarce was arrested after an "extensive follow-up investigation and diligent work" by patrol officers and detectives.

The 13-year-old girl was walking to school around 7:30 a.m. on Friday when a man driving a silver 4-door sedan pulled up next to the girl and began to ask for directions.

Joseph Dumarce, 20, was arrested Saturday after he allegedly exposed himself to a girl in his car when asking for directions before trying to kidnap her. (Sacramento Police Department)

After the girl tried to walk away, Dumarce allegedly drove past the girl, pulling his car in front of her. He then got out of the vehicle and tried to pull the girl into the back seat of the vehicle, according to police.

Dumarce's vehicle was reportedly captured on surveillance footage and prompted a plea from authorities to the public for information.

Police were later able to arrest Dumarce due in part to the surveillance video and the description given by the victim.

Neighbor Sofia Nyothson told FOX40 she used to feel safe letting her kids play alone outside of her home until she learned the incident happened just across the street.

“It’s a wake-up call. It’s unbelievable,” she told the television station. “Kids should feel safe. We should be safe for our kids to walk to school, walk home from school, walk with their friends. I’m at a loss for words. It’s scary.”