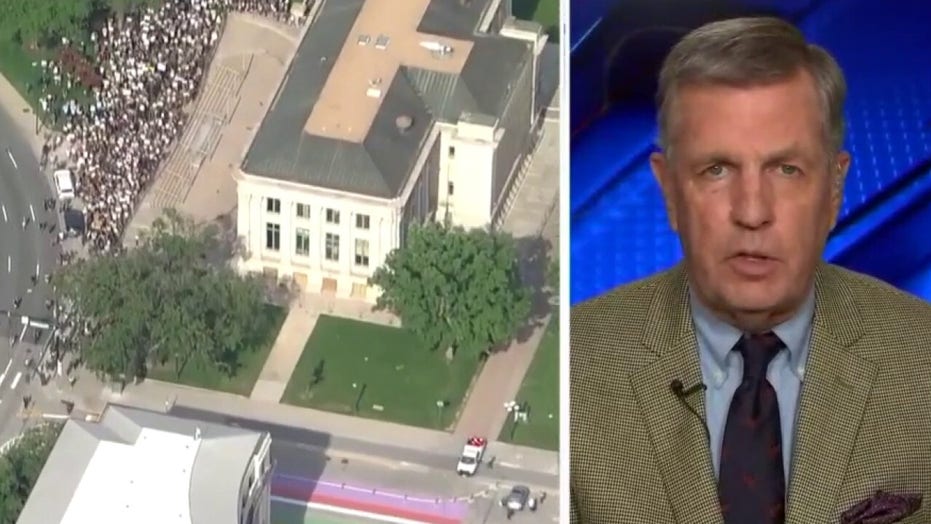 Brit Hume: President Trump has aligned himself with those who feel the restoration of law and order is job one

A group of looters in California’s Bay Area was captured on video Sunday fighting over items they reportedly stole from a retail store.

The video shows six people fighting over handfuls of clothes. Another person pushes past the group and grabs one of the discarded items on the sidewalk.

The group then disperses and gets into separate cars after stuffing the clothes in the trunk.

The scene was one of many similar instances throughout the country, sparked by protests over the death of George Floyd and other killings of black people by police and U.S. citizens. Floyd, who was black, died after a white Minneapolis police officer pressed his knee on Floyd’s neck for more than eight minutes.

Multiple stores in Walnut Creek – where the video was recorded – were hit by looters on Sunday.

Mayor Loella Haskew told Fox 2 that the looting was in no way connected to the demonstrations taking place nationwide.

“It was pure and simple criminal behavior,” she said. “It equaled essentially a riot.”

The looting and rioting prompted city officials to issue a curfew effective from 6 p.m. to 5 a.m.