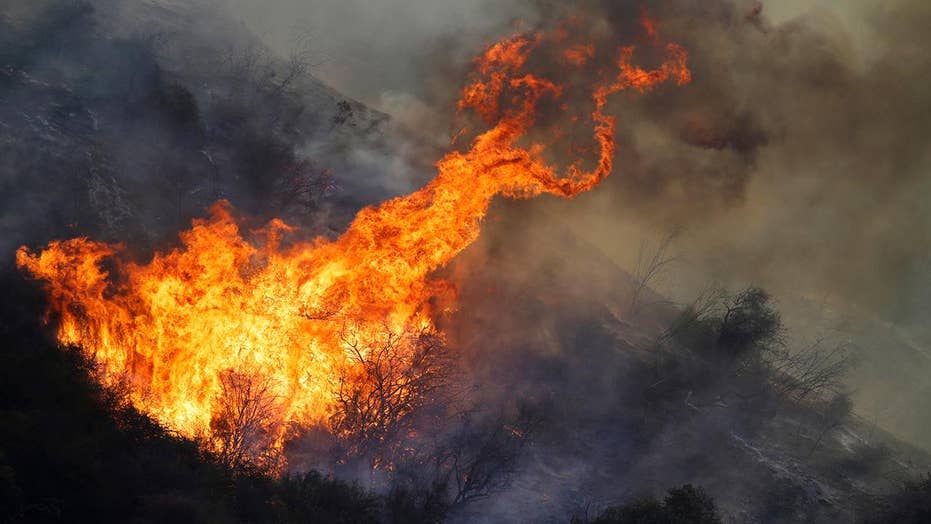 Strengthening and shifting winds on Tuesday are expected to reenergize the Kincade Fire, placing red flag weather warnings into effect for most of the San Francisco Bay Area as northern California’s sweeping wine country battles what’s now the state's largest fire this year.

The fire, which began late Wednesday near Geyserville, Calif., has surged through Sonoma County, forcing about 185,000 people to evacuate their homes, the San Francisco Chronicle reported.

As of Monday, about 115 square miles had been scorched and 123 structures, including 57 houses and the historic Soda Rock Winery whose stone facade dates to 1869, had been destroyed, the Sacramento Bee reported. New evacuation orders were put in place for a portion of Lake County as the fire was expected to move eastward.

“We are fully capable and ready to respond to all of the state’s fire emergencies plus going through this part of the season,” Cal Fire Chief Thom Porter said, according to The Bee. “I want you to feel very confident that the fire service system and emergency response system is ready for California’s emergencies going into the rest of this fire season.”

Firefighters braced for high winds to return by Tuesday, with gusts expected to reach 60 mph, according to the National Weather Service. Officials said the fire was about 15 percent contained as of Monday evening, an improvement from just 5 percent containment earlier in the day. Winds in the region briefly died down Monday, allowing firefighters to catch up to the blaze.

“We’re playing both offense and defense right now on two different sides of the fire, and we’re going to have to flip-flop that tomorrow when that wind event comes through,” Cal Fire Division Chief Jonathan Cox said at a Monday night news conference.

The windstorm prompted officials to issue “red flag” warnings for “critical” fire weather in most of the Bay area from early Tuesday until Wednesday afternoon as the blaze may spread rapidly and become more difficult to control. The Sonoma County Sheriff’s Office on Monday permitted residents in two evacuation zones west of the metropolitan hub of Santa Rosa along the Pacific Coast to return home but warned they may need to leave again should conditions worsen, the Post reported.

Gov. Gavin Newsom, a Democrat, on Monday issued a state of emergency as several wildfires blazed across the state, including the Getty Fire near Los Angles.

Pacific Gas & Electric company on Monday made the decision to cut power for about 600,000 northern and central California customers amid high wind conditions, The Bee reported. The power utility company implemented a historically large blackout over the weekend on nearly 1 million customers, prompting criticism from officials who questioned what Newsom was doing to ensure veterans hospitals and other facilities could remain in operation.

Speaking at a news conference at the Sonoma County fairground Monday evening, Newsom said PG&E had to “get their act together,” as widespread blackouts could not be the new normal in its approach to high wind wildfire conditions. He added a major investigation by the public utilities commission would assess the company's protocol.