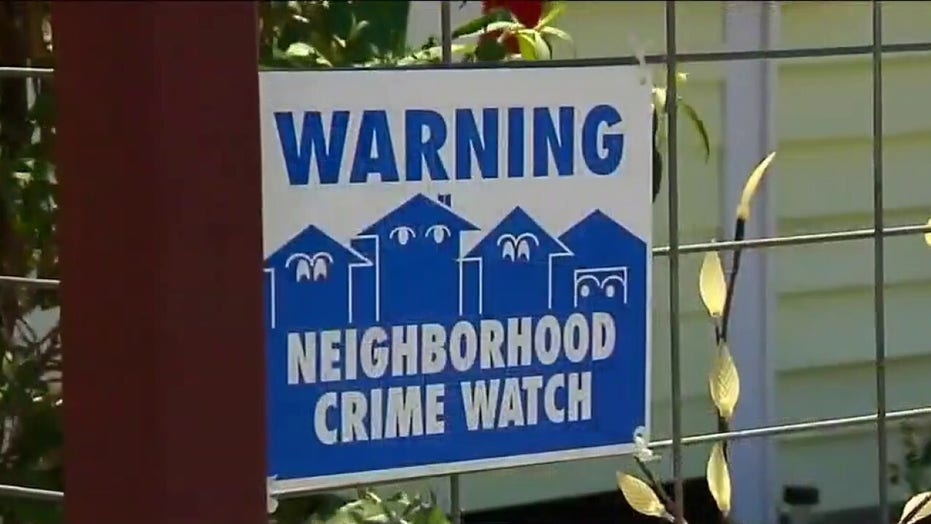 With shootings up across the country, Americans are taking action. Homeowners are now more likely to install a home security system. Wireless and multicamera surveillance networks are a standard feature in many new homes. Video doorbells are everywhere. Some communities are reviving 'block watch' programs to stop crime before it happens.

"I think people are getting frustrated," said community organizer Sherri Hermann of Los Angeles. "They see their neighborhoods deteriorating. They see the homeless population growing. There's a lot of aggravated assaults. Neighborhoods are filthy. People are also tired of having all these criminals getting caught and they're released right away. We always felt, 'If you do the crime, you do the time'. Now, that's not happening."

Hermann leads a group of 150 volunteers who assist LAPD in the North Hollywood precinct. The department has 19 such programs that cover the city. Capt. Hamed Mohammadi calls the block watch program a cornerstone of LAPD's crime-prevention strategy.

"It's a traditional neighborhood watch," he said. "One block, one area. But you have the entire North Hollywood community working with our command staff dealing with different issues. Volunteers cannot only care about their block, but the entire area. So that makes it very unique."

One night last week, 16 citizen volunteers met at the North Hollywood police station. The men and women came from different ethnic and income groups. The senior officer leading the session handed out a thick crime report detailing – with pictures – the cars stolen and suspects wanted for crimes in the area. After an hour, the volunteers left in pairs to patrol the streets. In their own cars, each team had a police radio keyed with a frequency linking them to the station and a marked patrol car dedicated to the effort.

"OK, so in your packet we have hot sheets for all the vehicles stolen and another sheet showing where all the catalytic converter thefts occurred; take a look at that, they are focusing on the Toyota Prius," officer John Antonioli told the group. "I want you to look out for this guy, he's active in the Magnolia area. What's distinctive about him is that neck tattoo."

We joined one volunteer for a ride-along.

"Drugs are one thing, but when they're stealing from all the neighbors to get their drugs, that's where we decided enough was enough," said Steven Matz. "We had a lot of petty theft, clothing, car radios, anything you could steal and sell for drugs. Since we started this program, it's really been effective. What we found is — you push back a little, you get a lot because now for every one officer, you might have a team of, let's say, eight to 10 people. So we're a full-force multiplier."

The citizens are not armed. They’re instructed to watch and report. In their unmarked cars however, they're invisible to suspects and felons. Not only do the teams do surveillance in high-crime areas — the department issues them radar guns where speeding has become a problem. Violators get a warning by mail. According to Antonioli, they see a difference in the crime stats each morning after an operation.

"You're seeing people who want to do more. They are coming together for a common purpose — how can we make this city's streets safer. Tonight, I have 16 different sets of eyes and ears looking for crimes in progress and suspicious activity. It makes a difference."

The North Hollywood volunteer program documented over 150 speeding violations the last two weeks. They monitored parks that resulted in multiple citations for loitering and camping in the parks. They patrolled monitored synagogues with extra patrols on Friday nights and Saturday mornings. The traffic radar group helped train volunteers from Harbor division and is scheduled to train another group from West LA.

Call it Crime Stop or Block Watch, communities are coming together in big cities and small towns. North Hollywood's population is 73,000 in a city of 4 million, while Willits, north of the Bay Area, has a population of 5,000. In Willits citizens just started their first block watch last month.

"I think it brings awareness," said Lisa Kvasnicka, a local business owner. "It makes other people who want to do harm think twice, because we in the community are looking out for each other. That's why I wanted to be involved as a resident and business owner."

"It is something that people see when they come into the city and that they pay attention to and that they certainly think twice about maybe detracting from some of the things that we've established here," said Brady.

"The solution is let the neighborhoods own their neighborhoods," he said. "They structure how it's best working for their particular neighborhood, whether it's the block watch or whether it's just a communication network. And with today's technology, that's leaps and bounds over what it used to be back in the ‘80s, ’90s with the phone trees."