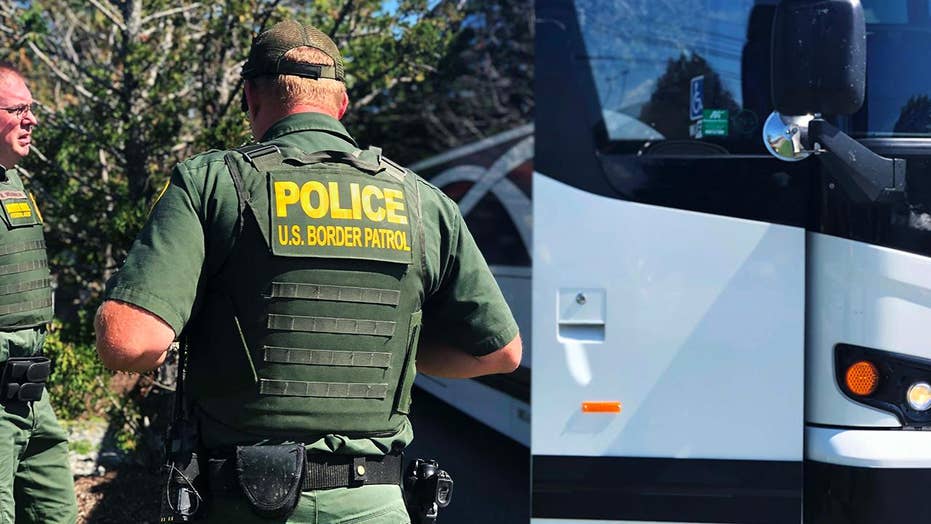 Despite calls for bus companies to refuse to allow federal immigration officials onboard, coach companies say they will continue to cooperate.

BANGOR, Maine — Some bus companies say they will continue to allow U.S. Customs and Border Protection agents on board, despite calls from the American Civil Liberties Union to deny them consent.

Within 100 miles of the border, agents regularly climb onto buses and patrol bus stops to ask passengers about their immigration status.

In Bangor, Maine, one of the first U.S. cities you encounter after crossing the northern border traveling south from Canada, bus checks and operations at transportation hubs have become routine.

"It's exactly the same as what you would see on the southwest border with Mexico," said Jason Owens, CBP chief patrol agent for the Holton sector. "Up here, we have a lot less manpower but a lot more area to cover."

Before boarding the 11 a.m. Concord Coach bus to Boston, passengers were asked by agents about their legal status. Owens said that those interactions will usually tip them off if a passenger is smuggling, trafficking, or in the country illegally.

In its letters to bus companies, like Concord Coach, the ACLU said they should not cooperate with the agents or consent to searches to protect their passengers.

"Passengers involved in these incidents, whether they were directly contacted by CBP or witnessed others being contacted, describe highly coercive circumstances and resulting distress inflicted on them," the letter to Greyhound said. "Greyhound has a Fourth Amendment right to deny CBP permission to board and search its buses without a judicial warrant."

Both Concord Coach and Greyhound say that's not going to happen.

"Denying a federal law enforcement agent access to our buses, or putting our staff in a position of determining whether that agent’s burden of proof has been met, is not something Concord Coach Lines is willing to do at this time," said Concord Coach Vice President Benjamin Blunt in an email.

Both companies have published their own passengers' bill of rights online. Greyhound said that although they will continue to comply, they don't agree with it.

“Greyhound does not coordinate with CBP in regards to these checks, nor do we support these actions. We are calling on Congress to change the law and will support positive efforts to do so,” the company said, according to the Miami Herald.

Some Democrats in Congress have introduced legislation to reduce border zones from 100 to 25 miles from the border, within which CBP has broader powers and can set up checkpoints.

Within 100 air miles of the border, immigration agents have greater authority to stop and search vehicles, including buses. A bill in Congress introduced last month would reduce that zone to 25 miles. (Fox News)

But New Hampshire ACLU legal director Gilles Bissonnette argues that when it comes to bus checks, the issue isn't with the laws.

"[Bus companies] have the right to not provide consent where there isn't a warrant presented to them," Bissonnette said. "So nothing needs to change as a matter of constitutional law or statutory law for them to do the right thing and for them to protect their passengers."

The ACLU accuses Customs and Border Protection agents of profiling passengers, stepping up their operations under the Trump administration.

"Folks who look white are just allowed to pass through, whereas individuals who may have darker skin are given more rigorous scrutiny," Bissonnette said.

He also claimed that citizens who invoked their right to remain silent were detained for longer periods of time.

Owens refutes that, adding that the agents need probable suspicion to detain someone.

"Just by virtue of the fact that we literally encounter people from dozens of countries every year, it doesn't make sense to think that racial profiling would ever pay off for us because we would be missing out on a vast majority the criminal element," Owens said.

In his 23 years on the job, bus checks have always been a part of their operation, he said.

The ACLU is now encouraging passengers to comply with the searches and immigration checks – but to get it all on camera. Owens said he welcomes the recording of interactions with his agents.

"I think it's a good thing from a public servant standpoint," Owens said. "We are accountable to the people. And so, whether we're being filmed or not we should always act the same."

Last year, 4,316 undocumented immigrants were arrested along the northern border, according to data from U.S. border patrol.