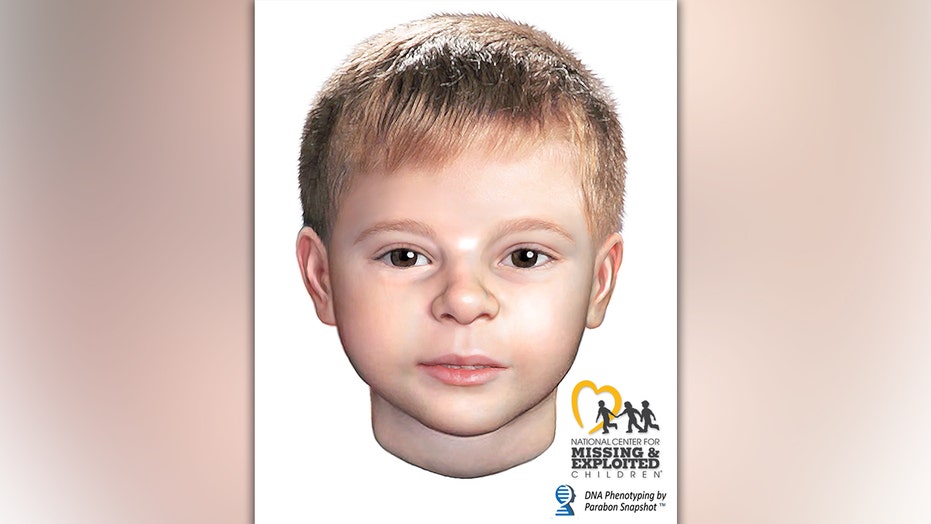 Oregon authorities recently identified the remains of a 2-year-old boy who was found in a mountainous area 58 years ago concealed under multiple layers of blankets, bound with wire and held down by pieces of iron, ending what was believed to be the state's oldest unidentified persons case.

On Monday, the Jackson County Sheriff's Office identified the boy as Stevie Crawford, who went missing in New Mexico sometime before he was discovered, the agency said in a Facebook post. Investigators said a man discovered the remains on July 11, 1963 while fishing in the Keene Creek Reservoir along Highway 66.

FLORIDA MAN GETS LIFE SENTENCE FOR MOLESTING GIRLFRIEND'S DAUGHTER, 10, DOUSING HER WITH BLEACH

The case went cold a month later and the files were archived. In 2007, Jackson County Sheriff's Detective Colin Fagan uncovered 11 boxes that read "old sheriff cases" and asked special investigator Jim Tattersall to sort through them.

A 2010 composite image was created from DNA in an effort to identify the remains of a 2-year-old boy found in Oregon in 1963. The remains were identified as Stevie Crawford, authorities said Monday.  (Jackson County Sheriff's Office - Oregon)

"It was during that investigation Tattersall discovered the Keene Creek case," the Sheriff's Office said. "In August 2008, the tiny body was exhumed from his resting place at Hillcrest Memorial Park cemetery and a DNA sample was taken."

The police DNA database didn't contain any matches and in 2010, the National Center for Missing and Exploited Children created a composite image. No leads came in.

A message to the sheriff's office Facebook page in December broke the case open. The nature of the tip was not disclosed.

A new investigator was assigned to the case and a DNA sample was submitted and two possible siblings were found through an open-source DNA repository.

An interview with a man in Ohio revealed he had a half-brother with Down syndrome who was born in New Mexico and went missing. A birth certificate confirmed the boy was Crawford, who was born on Oct. 2, 1960, authorities said.

It was not clear if his death is being investigated. Fox News reached out to the sheriff's office but did not hear back.