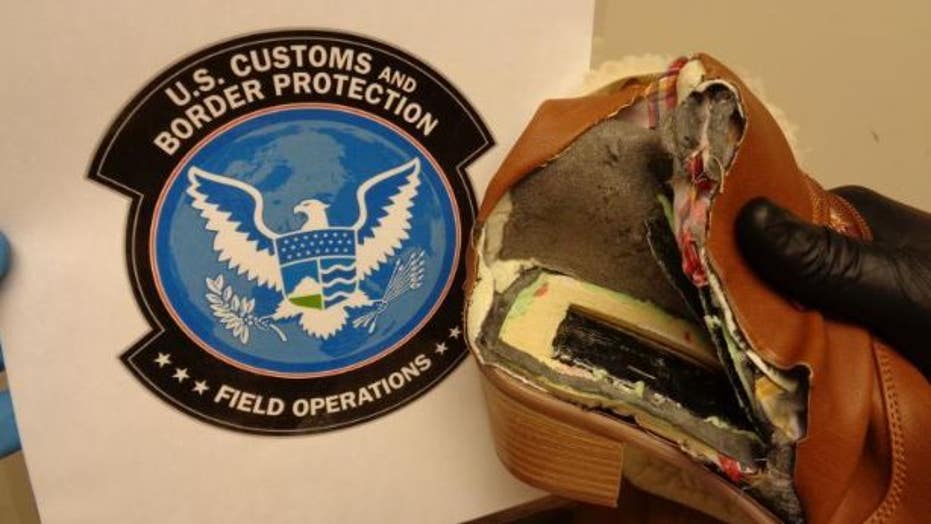 U.S. Customs and Border Protection in Cincinnati discovered more than 21 pounds of cocaine hidden in a shipment of women’s boots, officials said Wednesday.

Officers made the discovery last Friday at an express consignment facility while searching incoming freight from Bogota, Colombia, CBP said in a press release.

A closer examination revealed rectangular black packages hidden inside compartments beneath the arches. The black packages contained a white powder that tested positive for cocaine.

Investigators determined the shipment was destined to an individual in Haverstraw, a small town located in Rockland County, New York.

It was not clear if any arrests have been made in connection with the discovery.