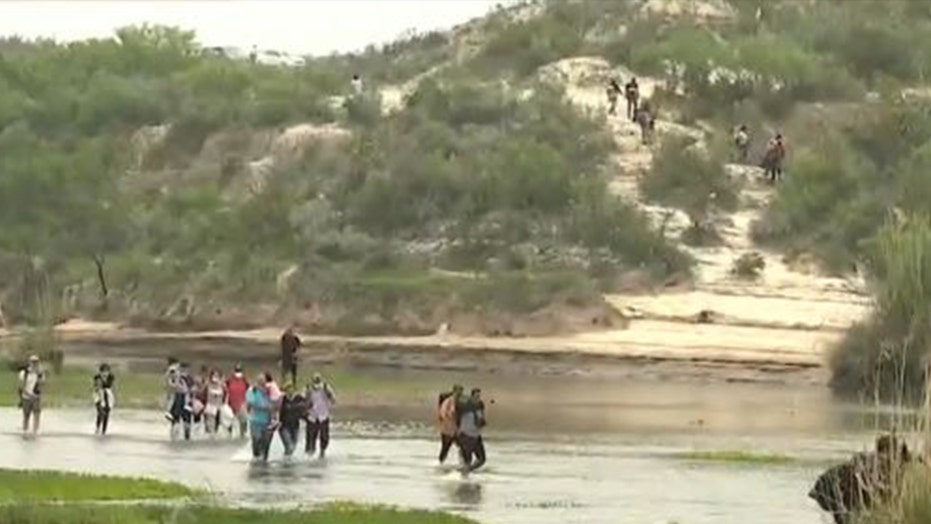 Harris Faulkner reacts to exclusive new footage of migrants crossing a raging body of water at the southern border.

The first seizure occurred on May 5 at the Hidalgo-Reynosa International Bridge on the U.S.-Mexico border, U.S. Customs and Border Protection (CBP) said in a news release.

A 37-year-old man driving a Ford F-150 pickup truck was singled out for a secondary inspection while trying to cross into McAllen, Texas. During an examination of the vehicle, agents found 94 packages of methamphetamine inside with the help of a canine team, CBP said.

The haul weighed 216 pounds and was worth an estimated $4.3 million.

That same day, a 21-year-old woman at the Anzalduas International Bridge in McAllen was driving a Chrysler when she was referred for further inspection. The woman, a U.S. citizen from Reynosa, Mexico, was found with 18 packages of cocaine in the vehicle, authorities said.

The stash was worth $345,000, officials said. The drugs and vehicles from both busts were confiscated and the two alleged smugglers were arrested and taken into custody by Department of Homeland Security investigators. The drugs were stored in Home Depot buckets, officials said.

"These two interceptions of hard narcotics are the result of hard work and determination by our frontline officers to keep our borders safe. Narcotics interdiction is one of many disciplines within Field Operations’ multi-faceted border security mission," said Port Director Carlos Rodriguez, Port of Hidalgo/Pharr/Anzalduas.