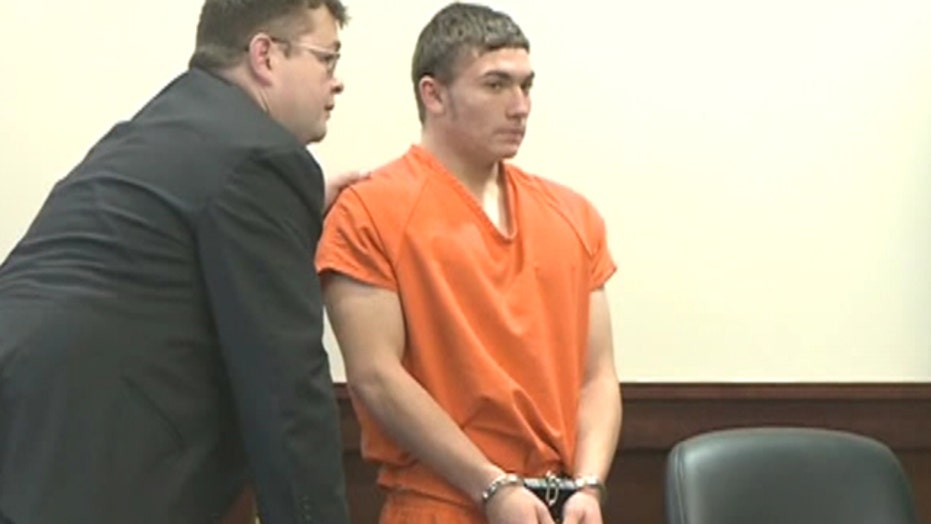 The Kentucky man accused of carrying out a multi-state crime wave with his 13-year-old girlfriend, drawing comparisons to Bonnie and Clyde, refused to remain in a courtroom Thursday after spotting members of the media.

Dalton Hayes, 18, is charged with burglary, criminal mischief and rape for his alleged relationship with a 13-year-old girl. Hayes and his underage girlfriend were on the run for two weeks, stealing vehicles and writing stolen checks, according to police, before they were apprehended in Panama City Beach, Fla.

Upon his capture, Hayes was returned to Kentucky to face several charges to which he has pleaded not guilty. The girl, meanwhile, is expected to face charges in juvenile court.

On Thursday, Hayes demanded to leave a preliminary hearing during an outburst at seeing media cameras inside the Grayson County Courthouse.

"No disrespect to the courtroom, I’m not staying in here with that media," Hayes told the judge, according to WHAS-TV.

Hayes was permitted to leave the courtroom, while the media was allowed to stay, the station reported. He is expected to return to court Feb. 5 after undergoing a mental competency evaluation requested by his attorney.